As we count down the hours to the University of South Carolina’s second annual Give 4 Garnet: A Day of Giving on April 10, it’s inspiring to look back at some of the incredible surprises our first giving day delivered one year ago.

There were moments of uncertainty before our first Give 4 Garnet. Would we reach our $3 million goal? Could we unite all the people who care about the university’s mission in a single day of giving to make a collective impact? Could we count on the extensive network of South Carolina supporters on social media to help spread the word?

The answer, of course, was a resounding “yes.” It was no surprise to see thousands of you demonstrating support for the university you love and the programs that have made a difference in your lives.

What was a surprise, however, was how that generosity unfolded over the course of the day. We saw it again and again, in a hundred unique moments.

On Greene Street, where the South Carolina community gathered in front of Russell House to celebrate Give 4 Garnet with games, food, selfies with campus celebrities and other fun activities, we were amazed by how many staff members literally reached into their pockets to make spur-of-the-moment donations. Many students, who were invited to come enjoy the street fair and participate in giving day by donating items to Gamecock Pantry and Carolina Closet, also chose to share their spare change on the spot.

A parent visiting campus that day stopped by Greene Street and made an unplanned donation, asking to remain anonymous.

At our School of Law, the custodial teams sought out the school’s development officer throughout the day, so they could add their gifts to the day’s tally.

Challenge gifts inspired a bit of competitive teamwork to help different schools and colleges shine. Faculty and staff members at the Moore School of Business rallied to meet a midday goal of 250 donors, which unlocked a gift of $50,000. Likewise, law alumni scrambled on social media in the final, late-night minutes of last year’s giving day to encourage their fellow graduates to beat a midnight deadline for an additional $5,000 challenge gift.

For this year’s Give 4 Garnet, the College of Information and Communications is hosting the event’s social media communicators in its new Social Media Insights Lab, which was no more than an idea one year ago. But CIC’s successful Give 4 Garnet campaign turned that concept into reality, raising more than $200,000—well beyond their $80,000 goal for the campaign.

These are only a few of the stories we witnessed last year, and each of them was a real-life demonstration of the Give 4 Garnet tagline: Every little piece will make a big impact. Our giving day is a vibrant illustration of how each person’s gift, no matter the size, works to make a powerful difference for South Carolina.

Together, your gifts pushed our first Give 4 Garnet beyond its goal, raising more than $3.7 million in one day of giving. We can’t wait to see what surprises are in store this year on April 10. We’ll have the confetti ready.

We’d love for you to be a part of this year’s Give 4 Garnet. Follow the day’s highlights on social media with the hashtag #Give4Garnet, and stay tuned for a special campaign in honor of President Pastides’ last Give 4 Garnet before his retirement. Don’t miss the chance to post your own stories about South Carolina’s impact in your life and why you Give 4 Garnet. 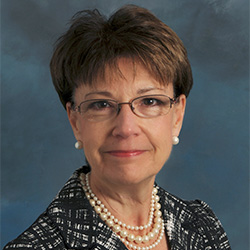