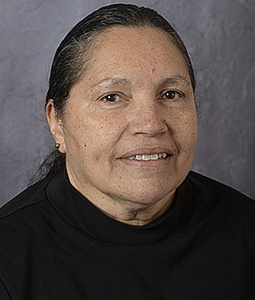 Originally from San José, Costa Rica, Ana studied journalism at the University of Costa Rica where she graduated with an emphasis in advertising, public relations, and print and television journalism. Additionally, Ana has studied at multiple institutions of higher learning in the United States. Much of her career in television was spent at San José, Costa Rica’s Notiséis (Channel 6) where she served as the assistant news director and as a nightly news anchor and reporter. Highlights of her television career include covering the civil wars in Nicaragua and El Salvador and the political turmoil of Panama in the 1980’s, as well as interviewing many important cultural and political figures from the Western Hemisphere. Since 1989, Ana has resided in the United States. Her career experiences as well as her education have led her to teaching and in her career at USC she has led the Study Abroad programs to Costa Rica on multiple occasions.