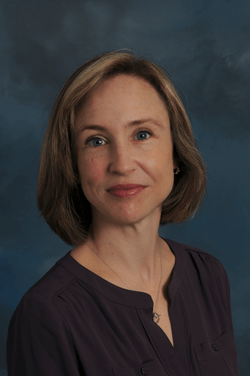 Hunter Gardner joined the Classics Program of the Department of Languages, Literatures and Cultures in 2007, and has since 2008 been an affiliate of Women’s and Gender Studies; she recently joined the core faculty of both the Comparative Literature Program and the South Carolina Honors College.  In 2013 she was named an inaugural McCausland Fellow by the College of Arts and Sciences, as recognition of her outstanding teaching and scholarship.  Dr. Gardner’s initial research efforts at UofSC were devoted primarily to exploring the relationship between the genre of Latin love elegy and the Augustan historical context from which it emerged. Her monograph, Gendering Time in Augustan Love Elegy, was published by Oxford University Press in 2013.

Dr. Gardner’s latest research explores the development of plague narratives in the western tradition and, in particular, looks to Roman epic poets writing in the late Republic and early Principate as significant contributors to depictions of contagion.  Like her work on Latin love elegy, the project draws in part from an understanding of the social upheavals and civil discord that characterized this period of Roman history, with its shift from aristocratic governance to quasi-monarchy under Augustus.  Dr. Gardner recently published an article in Vergilius (2014) on Ovid’s plague in the Metamorphoses as a response to Vergil’s depictions of contagious disease in the Georgics, and is currently at work on a monograph, The (Un)clean Slate: Pestilence and Civil War in Latin Literature.

In addition to teaching and publishing in the field of Latin literature, Dr. Gardner regularly teaches and publishes in the area of reception studies.  She recently co-edited a collection of essays on adaptations of the Odysseus myth in various media (novels, visual arts, television), Odyssean Identities in Modern Cultures: The Journey Home (2014; forthcoming in paperback, 2016).  She also teaches a course on the reception of Greco-Roman antiquity in cinema and popular culture.  She has published numerous articles on the topic, including one on Pygmalion figures in twentieth-century horror films, and a forthcoming piece on Neil Marshall’s epic/thriller hybrid, Centurion (2010).