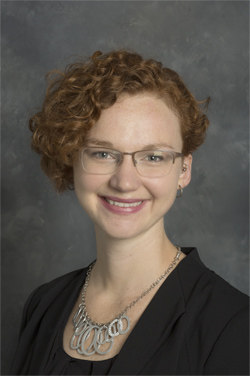 Rebecca Janzen is a scholar of gender, disability and religious studies in Mexican literature and culture whose research focuses on excluded populations in Mexico. Her first book, The National Body in Mexican Literature: Collective Challenges to Biopolitical Control (Palgrave-Macmillan, 2015), explored images of disability and illness in 20th century texts. Her forthcoming second book, Liminal Sovereignty: Mennonites and Mormons in Mexican Popular Culture (SUNY), focuses on religious minorities. This was funded by the Plett Foundation, the Kreider Fellowship at Elizabethtown College and the C Henry Smith Peace Trust. Her current work examines the intersection of legal and literary discourse as it pertains to minority communities in Mexico and was supported by a short-term fellowship at the Newberry library in Chicago.