It was the summer before sixth grade. My comfortable life outside of Chicago had been uprooted ... to Greer, South Carolina. When my parents broke the news, I walked out of the house, through the neighborhood I had grown up in, past my solid brick elementary school, and to an old playground to collect my thoughts. Out of all places, South Carolina.

It was the summer before seventh grade. I had been in South Carolina for a year, but still seemed like an outsider. My middle school was in Taylors. I never felt comfortable inside its cinderblock walls, which seemed so unyielding. I did not go outside much that summer. I was not in any of those big friend groups of kids who had known each other since Pre-K. The closest friend I had made over that past year mentioned that she talked to some other girls about me at a party. They said I was sloppy, “not put together.” I wasn’t conventionally attractive, and I had been asked out by many boys, though always as a cruel joke. I tried to laugh it off, as I knew since then that I was a lesbian. The first time I would come out to someone would be two years later, at a summer camp 132 miles away.

My first year in South Carolina I learned a new word – faggot. It was yelled openly in hallways, for all to hear, with no consequences. These words did not just come from twelve-year-old boys, they came from people I trusted. From friends, teachers, grown adults whose words have stuck with me to this day. It was over this year that I first learned to hide myself, and made a promise; I would leave this horrid state ASAP.
It was the summer after eighth grade. I made the decision to go to a magnet high school, rather than the one everybody I knew was zoned for. I needed to distance myself from what I saw as the epitome of my issues with South Carolina. I had always been an A-plus student, preferring to get lost in learning about the world around me rather than failing at fitting in. I was proud that I had survived middle school, mostly because of my promise to myself that one day, I would get out of this state.
It was the summer after my freshman year. Not really the summer though, but school had been shut down due to raging COVID cases. This only confirmed my ideas about culture in South Carolina. So many people acted as though they were the second coming of Christ but could not wear a mask at Publix, or stay home from a Clemson tailgate party. I saw a post of a boy at my school, in the back of a pickup truck, with a student from Wade Hampton High School (whose name exemplifies issues in this state). One of them was waving a Trump flag, and the other a crudely written sign that said “TRANSGENDERS FOR TRUMP.” Both of these individuals are cisgender, heterosexual men. I turned off my phone, rolled over in my hammock, and tried to ignore the world around me, preferring my old habit of getting lost in a book and blocking out the outside world.

It is fall, junior year. I am starting the daunting search for a college that will fit me. It’s not like I don’t have options: I am tenth in my class, and even though leaving South Carolina has always been the plan, getting closer to that reality is terrifying. It is now time to actually act on the promise I have been making to myself for the past five years. Of course there’s the cost of leaving South Carolina, but that’s not what makes me feel guilty. If I were to pick up and leave in two years (which was always the plan), I would be giving up on this state. I would be part of the problem, actively participating in the Brain Drain that occurs when highly educated people leave for a highly educated state.

I do not want young queer kids to feel what I have felt during my years of growing up, because even with all my struggles, there is still hope for South Carolina. Even through all the ugly I have witnessed, there is a certain unique beauty to this state – the culture, the geography, and even the people, whom I had resented for years growing up. My mindset was my problem. Nobody is irredeemable. South Carolina is not without hope, and I am staying. 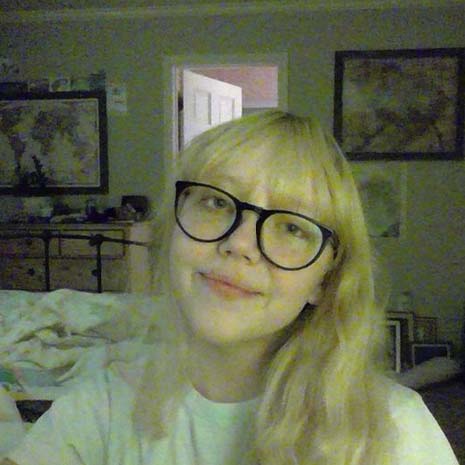 Maggie Aufmuth of Greer is a junior at Greenville Senior High school, where her English literature teachers include Rachel Stokes and Eugene Hinson. The daughter of Melinda and Chris Aufmuth, Maggie plans to study cultural and biological anthropology in college.

Keep up with Maggie on social!