It is sickening to witness today how politics impact the way we discuss the environmental issues that plague South Carolina. We are unable to fight these issues in this state as our politicians constantly choose to turn blind eyes on this age-old prophecy, with the Earth as our oracle. It is imperative to draw attention to the plight of the endangered species that hang on the precipice of extinction and the sheer arrogance of mankind in our nuclear practices, while doing this with respect to those individuals who have devoted their lives to understanding the subject.

Mankind is merely a catalyst in the process of extinction. Our ignorance and unwillingness to recognize the effects of our ecological practices has resulted in South Carolina being home to many endangered and threatened species. In 2016, the National Fish and Wildlife Service reported sixteen threatened animal species in the state: ten are considered federally endangered. Also, twenty-one threatened plant species, including fifteen that are federally endangered. For the red-cockaded woodpecker (Picoides Borealis), loss of habitat is the most detrimental cause of their decline. This species once spanned throughout approximately ninety million acres of pine forests in southeastern America. By 2014, that habitat had diminished drastically: approximately two million acres remained, reported Susan Hamilton that year for the South Carolina Wildlife Federation. Reduced numbers of the red-cockaded woodpecker affect the whole web of life in pine forests, as vertebrates and invertebrates rely on, some exclusively, the cavities made by this bird, the U.S. Fish and Wildlife Service noted in its 2020 update on the species. Loss of habitat can be attributed primarily to the forestry industry and urbanization; forests are clear-cut for their timber to be processed and exported and to make room for development. From 2001 to 2020, South Carolina lost 33 percent of its tree cover, amounting to a total 1.72 Mega Hectare of lost tree cover in nineteen years. That’s 4,250,212.561 acres. Countless species rely upon these forests, and for many species, the consequences of these irresponsible practices are no less than extinction.

The irresponsible land use in South Carolina almost seems ecologically sound when compared with the state’s role in the storage and containment of nuclear waste, specifically Plutonium-239. It is important to note South Carolina is conscientious about nuclear waste; in 2020 the state won a case against the federal government to have 9.5 tons of the isotope removed from the Federal U.S. Department of Energy before 2037. Detailing the severity of Plutonium-239 is a simple task; the radioactive isotope has a half-life of 24,100 years. It’s hard, if not impossible, for us to comprehend such a large timeframe; a course in AP World History covers only 821 years. How are we making choices about the future of our planet’s ecosystems 24,000 years from now and expect to safely contain this isotope for this timeframe? Only thirty-eight years ago, on September 26, 1983, the world came terrifyingly close to nuclear war when Russian early detection systems raised a false alarm. The concept of nuclear war and the instability of current world affairs should be enough to shock anyone to the insanity of trying to assure any kind of stability for tens of thousands of years, let alone the stability of something so dire.

As of writing this essay, searching the keywords “endangered species” in the website collection of South Carolina legislation spanning 2019-2021 turns up only one proposed bill mentioning any regulation involving the term. This regulation states that when proposing a new petroleum pipeline in South Carolina, the pursuer of said pipeline must include “information addressing the presence of threatened or endangered species along the proposed route of the new petroleum pipeline, extension, or expansion;” with no further regulation on the subject. When searching for the keyword “plutonium-239” in the same collection of state legislation, spanning 1975-2022, not a single result appears. If no legislation within our state contains the subject of the most environmentally threatening form of radioactive waste, how exactly are we supposed to believe that our politicians are knowledgeable on these issues or intend to do right by South Carolina’s environmental stability?

Environmental ignorance in South Carolina is resulting in the rapid decline of habitats that can lead to extinction and the destabilization of ecosystems throughout the state. Alongside this issue resides our arrogance in producing and containing radioactive waste, which poses a threat to the state and planet for millennia to come. It is important to acknowledge the work of experts in this matter, and I urge our politicians to spend less time fundraising for reelection and more time vying for a sustainable future for the Palmetto State. 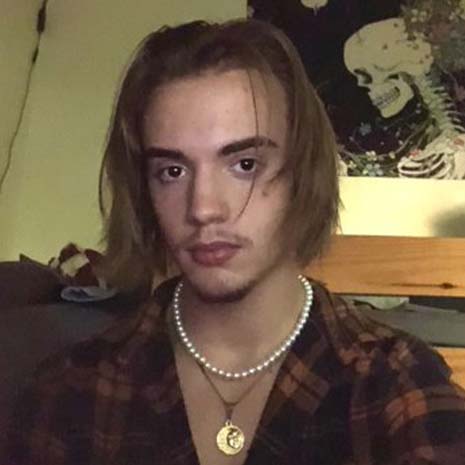 Michael Adolf of Moore is a junior at James F. Byrnes High School, where Susanne Cash is his AP Language and Composition teacher.