As a young student, Charles Clark, M.D., always had an interest in anatomy. Born in Biddeford, Maine, into a military family, Clark spent most of his formative years on United States Marine Corps bases, but he calls Okatie, South Carolina home.

Clark was drafted into the Marine Corps in 1972 after earning his bachelor’s degree in zoology as a premed student from the University of Maine. While serving in the military, he earned a master’s degree in business from Pepperdine University.

Then came the opportunity to pursue his love for medicine at the University of South Carolina as a member of the inaugural class to attend the School of Medicine.

“It was extremely fortuitous that, just as I was getting out of the Marine Corps, the university opened the medical school,” Clark recalls.

Clark attended the School of Medicine on a United States Air Force scholarship as a reservist. After graduating as a member of the inaugural class, he completed an internship in pathology at the University of Vermont School of Medicine.

While his interest lay in the anatomical aspect of pathology, Clark did not have much love for the lab work required for the biochemical side of the field, so he continued to search for a field that he would enjoy. That field turned out to be orthopedics.

After graduation, Clark became an active-duty member of the Air Force and was sent to Shaw Air Force base in Sumter, South Carolina as a flight surgeon. That is where he met John Eady, M.D., who, at the time, was chair of the orthopedic program at San Antonio Uniformed Services Health Education and would later become chair of the orthopedics department at the UofSC School of Medicine.

“He asked if I had an interest in orthopedics, and it was really a natural fit for me,” Clark says.

He completed residency in orthopedic surgery at San Antonio and served in the Air Force until resigning his commission in 1991, following his service in Desert Storm.

Clark moved to Pine Bluff, Arkansas, where he established a private practice along with his wife, who had earned her master’s degree as a physician assistant and a master’s degree in child health care. Together, they provided orthopedic care to residents of the Delta region of Arkansas, an expansive rural area totaling about one-fourth of the entire state.

“There were about 300,000 residents living in the Delta region,” says Clark, “and virtually everyone was self-insured, meaning they had no insurance. There was a tremendous need.”

He recalls his first night on call after moving to Pine Bluff to operate on a couple who had been involved in a severe car accident.

“The husband shattered both femurs and the wife had two broken femurs and a broken tibia,” Clark says. “Four months later, they returned to the hospital to say thank you. That meant so much.”

Clark has fond memories from his days as a medical student, recalling close acquaintances Randy Suarez, M.D. and Clay Mosely, M.D., both of whom also became orthopedic surgeons.

“We had to be supportive of each other to get through that first year,” he says, “because there was no one else to turn to as we were the first class.”

Clark also appreciates the teaching staff who supported the class.

“Dr. William Poteat, who helped to establish the School of Medicine, was extremely influential for me,” Clark says. “He showed so much individual interest in each of us as students. It felt as though he was talking personally to me, and it resonated.

“I also rotated under Dr. Emmett Lunceford. He had a tremendous impact on directing my interests,” Clark adds.

Lunceford was nationally known for developing a new type of artificial hip joint. He was also the team physician for UofSC Men’s Basketball and tragically died in a plane crash in 1985 on the way home following a game in Cincinnati, Ohio.

“I will always consider it my great fortune to have attended the School of Medicine,” Clark says. “I want to thank everyone who was responsible for helping the school become a reality. I also have to thank my wife and my family, because I don’t think I could have all this without them.”

Clark retired from practice in 2012 to Bluffton, South Carolina. 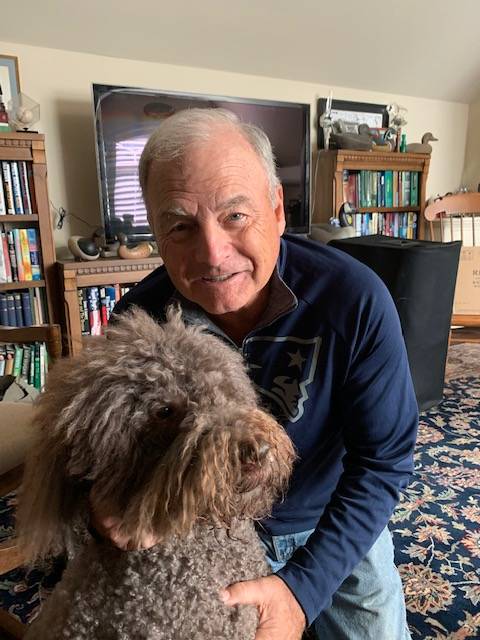 “I will always consider it my great fortune to have attended the School of Medicine,” Clark says. “I want to thank everyone who was responsible for helping the school become a reality. I also have to thank my wife and my family, because I don’t think I could have all this without them.”