Persistence leads to a lifelong passion

When Bonnie Ramsey graduated from the University of South Carolina with a bachelor’s degree in biology, she thought she would follow in her father’s and older sister’s footsteps as a physician.

“He made house calls and worked exceedingly long hours,” she says. “I went on house calls with him, went to the hospital with him and carried his charts on rounds.”

The road to medical school was not a direct path, however. With good grades and a strong MCAT score, she applied to the university’s new School of Medicine, but she was not granted an initial interview.

Disheartened, she was still determined to pursue a career in health care and was accepted to the College of Pharmacy, as her father also held a pharmacy degree from UofSC. Then fate intervened.

“I happened to be taking some summer courses that I needed, and I ran into a classmate who told me he had been accepted to the School of Medicine,” she says. “I couldn’t understand why I did not get an interview.”

Ramsey decided to approach Professor T.K. Borg, who would later become chair of the Department of Cell Biology and Anatomy, to inquire as to why she did not receive an interview. Her determination led to getting an interview, and she was subsequently placed on the ‘wait list.’

“It was providential that exactly four people dropped out of the initial class, and it so happened that I was fourth on the wait list,” Ramsey says. “That’s how I got in.”

Because the medical school’s opening was delayed, Ramsey decided to complete the first semester of pharmacy school before joining her classmates at the School of Medicine.

“I felt like the more you know, the better,” she says. “That delay was fortunate for me because several who had been accepted into the school chose not to wait.”

Ramsey admits that, as a woman, she faced more challenges during her four years of medical school.

“It was not uncommon for us to be asked harder questions in an oral exam,” she says. “It was frustrating, but I kept in mind that I was there because God wanted me to be there, and no one will stop me. I have always persevered.”

Because of her exposure to the medical field growing up, Ramsey believed a career in medicine was the best path for her to be able to help people. That desire also fueled her decision to choose the field of psychiatry as her specialty, in part due to a patient she met during her rotations.

“She was a woman in her early 20s who had married young, had two children and was severely depressed,” Ramsey says. “I worked with the attending physician to develop her treatment plan and was able to follow her during my rotation. I saw her totally change and get her life back.”

After graduation, Ramsey completed both residency and a fellowship at the William S. Hall Psychiatric Institute in Columbia. She was eventually appointed chief resident, and following the completion of her training, rose to clinical professor for the School of Medicine.

“I taught throughout my career,” Ramsey says. “teaching students, residents, pediatric residents and fellows. You can make a great difference in how you treat your patients, but I think you can make an even greater difference when you can be a good example to young people going into medicine.”

For her dedication to her patients, her students and to the School of Medicine, Ramsey was named the 2011 Distinguished Physician Alumna of the Year by the school’s Alumni Association.

Ramsey’s choice to focus her career on child and adolescent psychiatry also carries a deep personal meaning for her. She lost her older brother to suicide at the age of 39. He suffered from depression that began in his teenage years and lasted throughout his life. Ramsey took an active roll in trying to get professional help for her brother.

“He really was never able to crawl out of the darkness that descended on him at such a young age. He like so many who suffer from any mental illness did not share what was going on with himself until many years later,” Ramsey says. “I realized that if my father had found him help at 15, I likely would have never lost my precious brother. It has always been my passion to help others in whatever way I could, but especially as a doctor, that has never wavered. I thank God I was given the opportunity by the School of Medicine.”

Now retired and living in Beaufort, South Carolina, Ramsey advises students considering a career in medicine to have a desire to continuously learn, to care about people and to help those who are most vulnerable.

“To change the entire trajectory of someone’s life will be the most rewarding thing you can do,” she says. 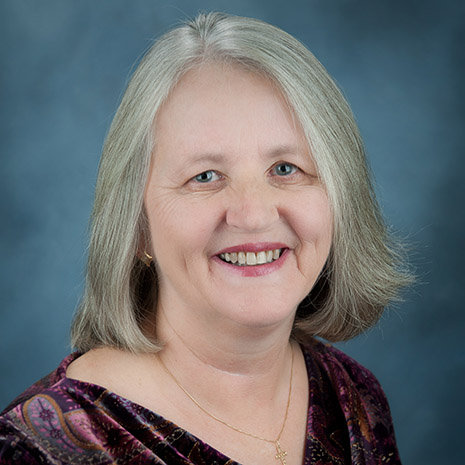 “I taught throughout my career,” Ramsey says. “teaching students, residents, pediatric residents and fellows. You can make a great difference in how you treat your patients, but I think you can make an even greater difference when you can be a good example to young people going into medicine.”