Inspired by her involvement in SOMG’s Leadership Education and Development (LEAD) program last summer, Sanders began to envision a project that would do just that. Soon thereafter, she teamed up with fellow medical students Marissa Mayfield and Elizabeth Perera to put the concept into motion.

“We all have a passion for health education for adolescent youth,” Sanders says.

On June 25, Sanders, Marissa Mayfield and Elizabeth Perera (all M4 students) provided puberty education to a small group of adolescent girls. The session, titled “Girl-Talk: Navigating a Healthy Transition from Girlhood to Womanhood,” was held at AMIkids WINGS Piedmont, a behavioral rehabilitation center for adolescent girls involved in the South Carolina Department of Juvenile Justice System, located in Clinton, S.C. Sanders partnered with AMIkids WINGS Piedmont and GirlUP GVL to put together the session, which was supported by a grant from the University of South Carolina’s Office of Diversity, Equity and Inclusion’s Diversity and Inclusive Excellence Grant Fund.

“Going into it, I didn’t know what to expect—I didn’t know what kind of interest the girls would have or how receptive they would be,” says Sanders, who hopes to begin an OB-GYN residency next year and is passionate about ensuring female health and wellness is promoted equally across diverse populations.

“They were very receptive and open, and asked us very important questions. They wanted us to come back, and that was special,” says Sanders. “I truly believe we are making a difference, and that motivates me to keep going.”

Sanders, Mayfield and Perera plan to try to go back to WINGS Piedmont to present again soon to a different group, and Sanders hopes to take the Girl Talk project—and future sessions—with her wherever she undertakes her residency. Sanders contemplates growing the mission into a nonprofit in the future.

The cause has the potential to impact many girls as they navigate the potentially difficult transition to young womanhood. According to Sanders, the goal of the program is to provide a safe space for girls to openly and freely discuss topics pertaining to female health and wellness, which is an important conversation that may not be held in all households.

“One thing we wanted to do is combat the large number of myths and misconceptions out there on social media and the internet about female health with medical facts that we’ve learned in school and through our own lived experiences as young women,” says Sanders.

“The girls really enjoyed the session that Saturday morning,” says AMIkids Piedmont Executive Director Stephannie Durant-Brooks. “They thought the information was very good, and they got to ask questions and they felt it was a very open session. They were more comfortable talking with someone from the community as opposed as someone from staff they see day in and day out.”

In addition to teaching the group about women’s health and emotional wellness, the team of medical students hope to become role models for some of the girls, as well.

“To show up as minority women medical students, soon to be doctors, we hope to show them you can do what we are doing,” says Sanders. 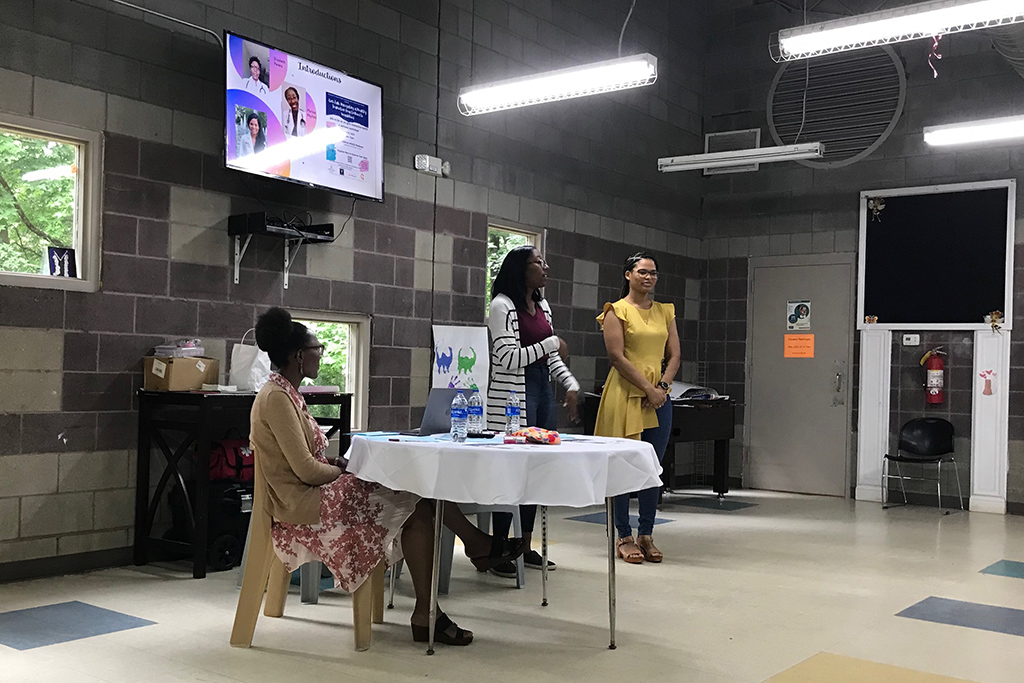