Making the most of Carolina — from afar 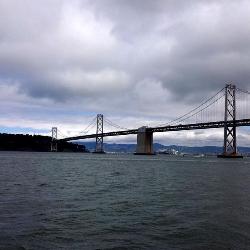 USC students are experiencing college life across the country through the National Student Exchange.

This semester when Shana Pryor looks out her college classroom windows, she sees skyline views of New York City.

Before graduating in August, Pryor is making the most of her time at Carolina by spending a semester away attending William Paterson University in Wayne, N.J. There she’s networking her way around New York City.

“I’m taking advantage of this opportunity to network and meet people in my career field, to branch our a little bit more,” she says.

Pryor, a senior advertising major, knew she needed to be in the city to make connections, so she landed an internship with Verizon. She is also snatching up any volunteer opportunities she can get, working a Super Bowl event, for example.

“I’m hoping that with the connections that I’ve made that I can connect with someone that will lead to a career,” she says. “I’m trying to network with as many people as possible so that my experience will lead me to something after graduation.”

Pryor’s experience is a part of the National Student Exchange, a national program that allows students to study for an academic year, one semester or a summer at any of nearly 200 institutions nationwide.

“The United States is so large and there are so many different subcultures within our country, this program is a wonderful opportunity for students to get out and experience something totally different than what they may be used to,” says Kimberly Dressler, coordinator for student engagement. “Living and studying in New York City or Portland, Ore., is going to be a vastly different experience for a student than what they may find in Columbia.”

Kira Koppel decided to use the exchange program to get out of her comfort zone, see the West Coast and learn about a new part of the country by trekking to California State University, East Bay, near San Francisco.

“I thought it would be a good opportunity for my major to go somewhere else and see how the program is there compared to USC,” says Koppel, an environmental science sophomore.  “I also just wanted to try something new, and I think college is the one time to do that.”

In her environmental field research class, Koppel has been able to learn about biodiversity in the different parts of the country as she experiences it firsthand. She has also taken the time to get out and explore the big city.

Students often use the exchange program as Pryor has done to land an internship somewhere else without forgoing a semester of classes. Others have used the program to research graduate programs or just to experience something new, Dressler says.

But one of the biggest perks is cost. Students pay their tuition and fees directly to USC, not the host institution. More often than not financial aid packages will apply, making it affordable for all students.

“It’s more affordable, the credits transfer, you can take a full load of classes, and it’s more flexible,” Koppel says. “You don’t have to worry about getting behind on your major, but you still get to explore a new place and see what it’s like somewhere else with a different culture.”

For students who are interested in practicing Spanish or French, there are immersion programs in Puerto Rico and Quebec.

The program is open to all full-time undergraduate students and the priority application deadline to apply for summer 2014, fall 2014 or spring 2015 is Jan. 31. Students who are interested in receiving more information can stop by the Office of Student Engagement in Patterson Hall or visit the website.