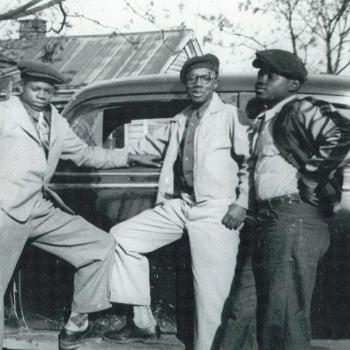 Space on Which You Stand

Sarah Koslov came to South Carolina from Houston to be a dancer. As an Honors College student here, she found another passion, one she thinks will carry her into a law career focused on social justice and how we all live together.

“I think a lot of college is trying to navigate what you’re passionate about and also trying to make decisions about what you see yourself doing in the future,” Koslov says.

This summer, the 22-year-old philosophy senior was hired to be the student curator of the Honors College residence hall. For her first exhibit, she chose images depicting the life of residents of Columbia’s Ward One neighborhood.

Many of the university’s most recognizable buildings, from the Coliseum and Koger Center to the Booker T. Washington School and the Honors College residence hall, sit on top of the old Ward One community, which was a predominantly black working-class neighborhood for much of the first half of the 20th century before being taken over by urban renewal in the 1960s and ’70s.

Many former residents gathered this summer to celebrate the renovation of the auditorium at the former Booker T. Washington School, which was funded in part by a donation from a former student there.

“It speaks to how strong the community is that they are still an active organization, they have the memories that they made in this place,” Koslov says.

Koslov has been so fascinated by what she has learned about the community that she plans to make it the cornerstone of her senior thesis.

“There’s a lot of political and social factors that enabled their neighborhood to be destroyed in the place for something else and that’s not necessarily to judge right or wrong,” she said. “What I want to look at in my senior thesis is urban planning and how it was dealt with and what practices could or should have been done.”

Koslov says former Ward One residents and USC history professor Bobby Donaldson were key to helping her collect the images for her exhibit “The Space On Which You Stand." Donaldson will speak at the exhibit opening at 4 p.m. Wednesday (Oct. 23) and many former residents have been invited to attend to see the images and share their memories of the neighborhood.

“I think the Ward One neighborhood is an especially interesting case study because of the personalities and the people who are very proud of where they’re from and very invested in creating a public history,” Koslov says.

The event is free and open to the public.

"The Space On Which You Stand" is on display in the Honors College residence hall.

USC has preserved and restored the auditorium of the former Booker T. Washington School that educated many of the residents of Ward One from World War I until 1974. Read about the school's history.