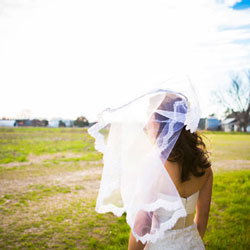 Undergraduate students can conduct research and be published in the university's scholarly journal.

If there’s one thing South Carolinians love, it’s country music. So what’s a small-town metal fan to do?

In the case of USC sociology student Anna Rogers, growing up in both of these musical worlds inspired her to take a different spin on the South’s relationship with the genre: she analyzed song lyrics as part of an undergraduate research project focusing on sexism in five music genres.

“I had a lot of parents of friends who thought that it was detrimental to me to listen to that genre of music while their kids listened to country music,” said Rogers, a S.C. native and current graduate student in USC’s sociology program in the College of Arts and Sciences. “But while being in their cars, I would hear the lyrics of country songs and think, ‘it’s kind of saying the exact same thing, just in a different way.’”

The importance of music in her childhood provided Rogers with a springboard for her research, and the connections she made at USC gave her the opportunity to publish her work, entitled “Women Marginalized in Popular Culture: An Analysis of Music Lyrics.” Her work will be one of the projects featured in the second issue of Caravel, USC’s online undergraduate research journal, which comes out this week.

She worked closely with her adviser Mathieu Deflem, whose research has focused on sociology and fame. Deflem’s work was inspirational for Rogers, she said.

“He works in the area of music also, so I kind of followed in his footsteps,” she said. “Music is kind of a newer area in sociology; there aren’t as many people studying it, so we’re trying to get the word out there, I guess, and trying to get things published.”

Rogers said her analysis revealed themes of both positive relationships and sexism, challenging the view of all country music as “wholesome,” and that reactions to her project varied.

“I know that a lot of people are offended by the idea, and I have actually had some people on the other end of the spectrum who are surprised because they say, ‘how could you think that country music is not sexist, like, how is that shocking?’” she said.

Ultimately, Rogers said that her undergraduate research experience at USC was a huge help in preparing her for graduate school.

“That was my first experience having to revise and resubmit, learning how to make the changes based on what people asked for, doing it in a timely fashion,” she said. “I feel like it really was a huge step as a graduate student to learn how to do that because since then, I’ve worked on some other things I’m hoping to get published and I feel a lot more comfortable pursuing that, knowing that I’ve already done it once.”