What makes the feather soar 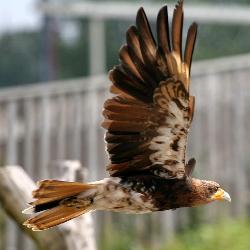 Birds have adapted to so many ecological niches in large part because of the variety of ways feathers lend them a competitive advantage. One key to the feather’s manifold manifestations is one family of proteins that evolved some 150 million years ago: the beta-keratins.

Dinosaurs may have gone extinct some 66 million years ago, but that’s hardly the end of their story. One group of their modern-day progeny, the class Avia — namely, birds — is a spectacular evolutionary success story. With more than 10,000 species, birds occupy every manner of ecological habitat worldwide.

A unique source of avian adaptability is the feather. Not only are feathers the basis of one of the “killer apps” of evolution, powered flight, they can also provide camouflage, attract mates, protect from the elements and serve as a means of regulating body temperature.

And as Matthew Greenwold, a postdoctoral associate in the department of biological sciences at the University of South Carolina, showed in a recent paper, a key to the feather’s success appears to be the variety and adaptability of the interlocking protein building blocks that feathers are made of.

It’s now largely (but not entirely) accepted among biologists that dinosaurs are the forerunners of birds, Greenwold says, and that certain species of dinosaurs began to evolve feathers about 150 million years ago. The idea has taken some time to take root, in part because most early dinosaur fossils lacked accompanying evidence of feathers.

A lack of feathers in the fossil record was not necessarily an indication that the two didn’t go together, however. Perhaps feathers don’t fossilize as well as bone. More recent discoveries, particularly in China over the past 15 years, provided a wealth of evidence of feathered dinosaurs that convinced many skeptics.

But how did that original feather come about? And how did it result in such diversity among our feathered friends? As it turns out, there’s a major family of protein building blocks largely responsible, beta-keratin.

Beta-keratin is found in just two existing groups of animals: reptiles and birds. It’s the stuff of claws, scales, beaks and feathers. It’s what makes these epidermal appendages strong, tough and, in the case of feathers, also flexible and elastic.

Greenwold's co-author and postdoctoral adviser, professor Roger Sawyer, has spent over 30 years working with beta-keratin, and his work has helped differentiate among what has turned out to be many variations, some very subtle, on a main theme in beta-keratin.

“When I first started out, I really thought that feathers of all birds would have pretty similar beta-keratins,” Sawyer says. “If I extracted feather protein from a chicken and then from a zebra finch, they’d be the same. Well it is far, far from that.”

In the 1980s, Sawyer and colleagues showed that there is a core region, 34 amino acids long, that is highly conserved among all beta-keratins and forms a structural filament. His work was also instrumental in helping scientists understand the diversity of several major subtypes of the protein, typically named after the anatomical part from which it was first isolated. These include scale beta-keratin, claw beta-keratin and feather beta-keratin.

They’re very similar — all have the common filament core of 34 amino acids, for example — but the proteins are distinct as well. Feather beta-keratin is about 100 amino acids long, with scale and claw being longer still. The amino acids on either side of the filament core are similar, but serve different roles and are not as highly conserved as the central 34 amino acids.

Despite the monikers, the scale, claw and feather beta-keratins are all mixed in varying amounts in all of the avian epidermal appendages. And at this point, it might have appeared that the broad strokes of the feather structure had been defined: There are a handful of basic types of protein that go into it, and it’s just a question of amounts and how they’re arranged.

But the truth turned out to be much more complicated still. As was shown in 2004 when the chicken genome was published, chickens have numerous copies of the scale, claw, and particularly the feather beta-keratin sequences in their genome. And the “copies” are not really identical, either. On just one of the chicken chromosomes, for example, there are more than 60 feather beta-keratin genes, each very similar to each other but not quite the same. These genes make up the second-largest gene family in the chicken genome.

A flock of genomes

And as part of the international team that recently published full genomes of 48 birds in Science magazine, Greenwold and Sawyer showed that the number of scale, claw and feather beta-keratin genes is highly variable among all birds. So depending on the regulation of protein expression, the feathers that the proteins constitute must be made up of a very complex mixture of building blocks.

Greenwold, graduate student Weier Bao and Sawyer analyzed the avian genomes and published an accompanying paper in BMC Evolutionary Biology that shows  correlations between the number of beta-keratin gene copies and the birds’ lifestyles. Birds of prey, for example, have larger proportions of claw beta-keratins than the average for the entire group of birds.

The unifying theme, though, is the abundance of feather beta-keratin genes, which make up more than 50 percent of the copies of the several beta-keratin subtypes in all the birds studied. Sawyer and Greenwold made the case in an earlier paper that the expansion and elaboration of the feather beta-keratin gene coincides with the evolution of the feather itself, from a simple body covering to a sophisticated assembly of interconnected working parts that make powered flight, among other competitive advantages, possible.

Feather beta-keratin distinguishes birds from all other living creatures. Birds are the only organisms that have it, they have it in abundance, and together with the other keratins it gives them an edge that makes them nearly ubiquitous in a highly competitive world.

“Feathers are strong, they’re flexible, they’re durable,” Sawyer says. “They can go through a 200-mph dive and sudden recovery without fracturing, such as seen for the peregrine falcon, the fastest member of the animal kingdom. Perhaps we can mimic these amazing properties in new materials.”

To help support research like this in the department of biological sciences of the College of Arts and Sciences, visit Carolina’s Promise.