Making order of a classical education 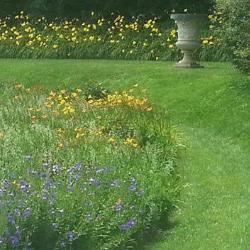 Kosmos, the ancient Greek word for order, encompasses the arrangement of stars, the Earth and the seas and even the makeup of the human soul.

“When I was about to start college, I thought about applying to Furman or Wofford, and up until the past year or so, I was still planning to go to law school,” he says. “In the end, I applied only to Carolina because I wanted the opportunities offered through a large research institution.”

Maticic landed in the Honors College as a history and classics double major and soon found his footing as an undergraduate scholar. He used a Magellan Scholar award to study a medieval legal treatise on property law, and, in his junior year, received an Honors College grant to travel to Naples, Italy, to study a 14th century Latin preacher’s manual.

Throughout his undergraduate studies, Maticic continued to entertain the idea of applying to law school, but a conversation with a classics professor Allen Miller convinced him that pursuing a graduate degree in classics — ancient Latin and Greek literature, culture and philosophy — would better serve his real interests.

“Whether we like it or not, the big ideas from the ancient scientists and philosophers profoundly affect how we think about ourselves,” he says. “What is justice? What is good and what is evil? Do we have a soul and a body? The way we make sense of our world is rooted in their ideas. The ancients suggested or foreshadowed certain answers that we still espouse today. We’re still standing on the shoulders of giants.”

No matter how eloquent a case he can make for why the classics matter, Maticic was still a little apprehensive about telling his parents that he was forsaking law school this year in favor of a graduate degree in ancient Latin and Greek. As it turned out, his parents were very supportive of his plans, perhaps even more so when he was named a MacCracken Fellow at NYU, a full-ride doctoral fellowship.

Having presented at four academic conferences during his undergraduate career, Maticic feels ready to launch his doctoral studies this fall, but he’s still in awe of it all. “Two of my peers in the doctoral program have already done graduate work at Oxford and the University of Rome,” he says.

Looking back on his achievements and experiences at Carolina, Maticic is pleased with the order of how things turned out.

“I value my time at USC, perhaps more than any other experience,” he says. “It allowed me to mature intellectually and taught me how to be human in a way I wouldn’t have been able to outside the university.”