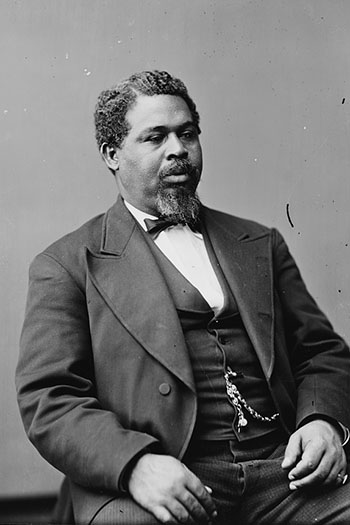 The lecture series, in its 20th year, is named for daring Civil War hero and Congressman Robert Smalls of South Carolina.

How history is written and remembered will be the topic of the 20th annual Robert Smalls lecture on Sept. 7.

Thavolia Glymph, professor of history and African and African American studies at Duke University, will deliver a talk titled “Reconstruction’s Open Sore: The Promises and Perils of How We Write and Remember History.”

Originally scheduled in April but postponed because of inclement weather, the lecture’s focus is perhaps timelier than ever in the wake of violence in Charlottesville, Virginia, and the ongoing national discussion about Confederate monuments. The lecture will be at 7 p.m. in the Campus Room at Capstone and is free and open to the public.

“What I hope the audience takes away from Dr. Glymph’s talk is what history can teach us about the present,” says Valinda Littlefield, director of the College of Arts and Sciences’ African American Studies program, which sponsors the lecture. “The Reconstruction period was one of many very violent eras in American history. When you read accounts of the kind of racial hatred and violence experienced mostly by African-Americans during that time, it’s very disturbing. But you also get a glimpse of possibilities.”

Littlefield points to the role African-Americans played in promoting universal education in the era as well as securing women’s rights and upholding America’s democratic ideals.

Glymph is a historian of the 19th century U.S. South, specializing in gender and women's history, slavery, emancipation, the Civil War and Reconstruction.

She is the author of the prize-winning “Out of the House of Bondage: The Transformation of the Plantation Household,” which also was named one of the 10 best books on slavery by “Politico” in 2015. She is co-editor of two volumes of “Freedom: A Documentary History of Emancipation, 1861-1867.”

Glymph’s most recently completed book, “Women at War: Race Gender and Power in the Civil War” will be published by the University of North Carolina Press, and she is currently completing a book on African-American women and children refugees in the Civil War with a grant from the National Institutes of Health.