Award-winning civil rights documentary filmmaker Stanley Nelson Jr. will visit the University of South Carolina March 29-31 to preview his latest documentary and give a series of public talks. 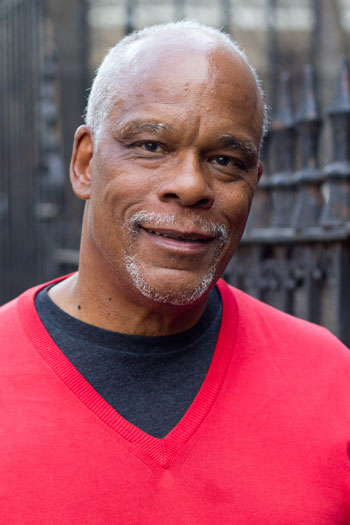 Nelson’s visit wraps up a film series of his work sponsored by the History Center and coincides with his participation as keynote speaker at an upcoming Media & Civil Rights History Symposium for researchers from around the country hosted by the School of Journalism and Mass Communications.

His chronicling of the African-American experience has earned him some of the highest awards that recognize artistic and intellectual contributions, including a MacArthur Foundation Fellow, the National Humanities Medal, a Peabody Award and a Lifetime Achievement Award from the National Academy of Television Arts and Sciences. His work has earned five Emmy Awards and two awards from the Sundance Film Festival.

We caught up with Nelson to discuss some of the topics he will explore with university faculty, staff and students.

Q: Your latest documentary, “Tell Them We Are Rising,” explores the role of historically black colleges and universities. How do you seeing HBCUs fulfilling their mission in today’s changing higher education landscape?

"I think as the higher education landscape has changed so have HBCUs and their missions. You have several that announced they're starting to partner with tech companies to open new programs and campuses. Google is opening Howard West in California. Apple also has its new HBCU scholars program."

Q: Your career has focused on examining the history and experiences of African-Americans. What advice do you have for the next generation of filmmakers to continue that work?

"For all filmmakers, my advice is to learn the equipment as best you can, watch a lot of films and try to get better as you continue to make films. Working towards getting better at any craft you focus on is the only advice I can give. Try to get better."

Q: Carolina has spent a year focusing on the 150th anniversary of Reconstruction and its legacy. Why do you think it is important for Americans to understand that early civil rights chapter?

"Reconstruction is a time in this country where there was a vision of equality for black and white people. People have turned it around as a negative, when it's a time of positive progress in history. At this point, it's important to remember where we've been in order to plan for where we're going in the future."

The campus community will have three opportunities to hear Nelson and attend a talk about his film work.

March 30: Nelson will present excerpts from his latest documentary, “Tell Them We are Rising,” a documentary on historically black colleges and universities that was released in January. The film includes WIS-TV news footage of Allen University and Benedict College, which is part of the university’s Moving Images Research Collection. His presentation, which will include questions from the audience, will take place at 10 a.m. at Allen University’s historic Chappelle Auditorium. It is free and open to the public.

Additionally, Laura Kissel, a professor media arts in the College of Arts and Sciences' School of Visual Art and Design, will discuss Nelson’s films with Nelson at noon in Lumpkin Auditorium, located on the eighth floor of the Close-Hipp building. Kissel’s talk is free.

March 31: Nelson will discuss and screen excerpts of three civil rights documentaries, including the triple-Emmy winner “Freedom Riders,” “The Black Press: Soldiers without Swords” and “Tell Them We are Rising.” The event, which is free and includes a question-and-answer session with the audience, will take place at 7 p.m. in Booker T. Washington Auditorium, part of the historic Columbia high school where generations of South Carolina civil rights activists were inspired.

The university’s Nelson film series is a partnership of the College of Arts and Sciences’ History Center and School of Visual Art and Design, the School of Journalism and Communications and the South Carolina Humanities Council.