Freedom and justice for all 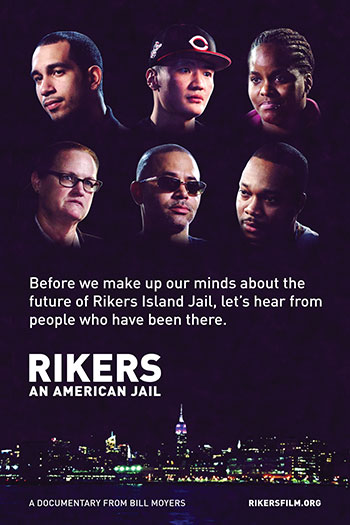 "Rikers: An American Jail" is a documentary film from Bill Moyers that aims to understand the human toll of mass incarceration in the United States. The screening of this film takes place at 6 p.m., Jan. 18 in the School of Law.

This year marks the 50th anniversary of Martin Luther King Jr.’s assassination, and the University of South Carolina’s Black Law Students Association intends to mark the occasion with a film screening and community forum. As part of the university’s MLK Weekend, the event will feature a screening of the documentary film “Rikers: An American Jail,” followed by an opportunity to discuss the film and its broader implications with a panel of experts.

For more than 20 years, BLSA has organized an annual panel event to honor the legacy of King’s work. With the milestone year, the MLK Weekend steering committee and BLSA President Lashawnda Woods-Roberts believed it was a good time to give the traditional event a twist.

“This year, we will celebrate the life and legacy of Dr. King through film and discourse to address the injustices surrounding mass incarceration in America,” says Woods-Roberts. “We are very excited to have former Rikers inmate, Rev. Benny Custodio, serve on the panel to provide a firsthand account of his time at Rikers and the challenges he faced after returning to society. The panel ranges in age and experience, so we are anxious to hear from and speak with these eclectic community advocates and scholars.”

Woods-Roberts cited a quote from King as inspiration and direction for the event: “Law and order exist for the purpose of establishing justice and when they fail in this purpose they become the dangerous structured dams that block the flow of social progress,” adding that this event will address the parallels between his message during the 20th century civil rights struggle and those of today.

“I think attendees will leave this event with a wealth of knowledge about mass incarceration in this state and nation, and ways to stand against injustice that has no place in our criminal justice system,” Woods-Roberts says.

The event, which is free and open to the public, will take place at 6 p.m., Thursday (Jan. 18) in the Honorable Karen J. Williams Courtroom in the new School of Law building. Light refreshments will be served between the film and the forum. Visit the university’s MLK celebration online to see the other events in the weekend series.