University of South Carolina faculty tend to dream big. From education to international business, from aerospace to the arts to medicine and public health, they’re always coming up with a new approach to an old process or a novel solution to some vexing problem. This spring, USC Times, the university’s quarterly magazine for faculty and staff, launched the “Big Ideas” series to give faculty a platform to share their dreams and visions, whether they hope to transform their field, improve higher education or even change the world. These are their stories. 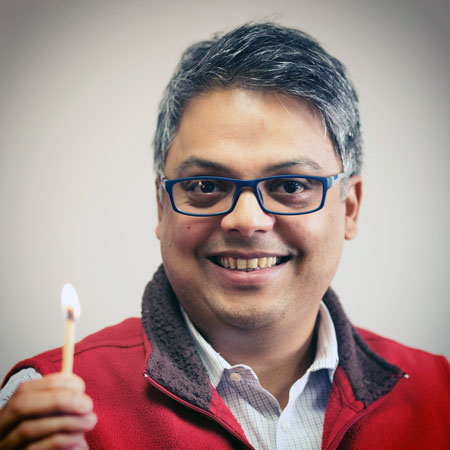 Think about any kind of flame, like a gas stovetop flame or even a candle flame. It’s hot. If you’re cooking on the stove, that heat is efficient but not completely — there are losses to the atmosphere. In an internal combustion engine the appearance of a flame represents energy loss. It’s the consequence of sharp temperature gradients.

But there is something called a "cool" flame, which burns at 600-700 degrees Kelvin compared to the 1,500-2,000 degrees Kelvin in a typical combustion chamber. In an internal combustion engine, an air/fuel mixture is ignited and the flame travels from one end of the cylinder to the other. In a "cool flame" engine, the entire cylinder volume would burn almost instantaneously — you’ll never see any flame. That’s significant because with lower temperature you get much higher efficiency.

How much higher? Where your car engine gives you 38-40 percent efficiency — maybe 42 percent on a fancy one — our calculations and our experiments show that you could get almost 65 percent efficiency with a "cool flame" engine. That’s unheard of for an internal combustion engine.

We learned from some experiments we were doing on the International Space Station that diesel-class fuels have the ability to burn in a "cool flame" mode. My pitch is that with an onboard fuel reformer you could take one fuel and continuously synthesize it into different forms, and as the pistons move up and down at different points you inject these different fuel types to maintain a continual cool burn combustion.

I don’t see this yet for personal-scale transportation. We have filed a patent on it and have had interest from the bigger engine guys like Caterpillar, General Electric and a Rolls-Royce subsidiary that does heavy marine engines. Truck transportation would be interested, too.

Engines now are basically computers, which makes it easier to implement this type of combustion concept than would have been possible 20 years ago. We are publishing papers on this and have most of the fundamentals worked out. We’re talking with the University of West Virginia, which has a big transportation engine lab. If we can get an industrial partner, it will be more convincing than just showing a prototype of the engine.