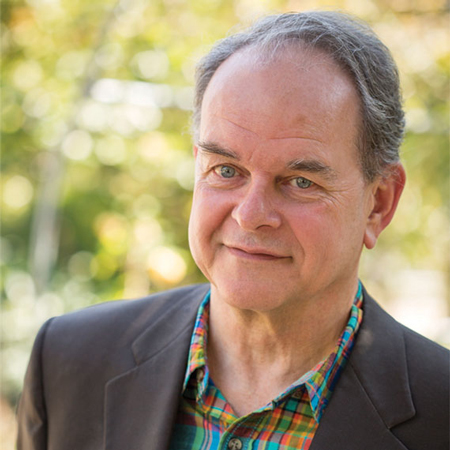 David Shields' exhaustive research earned his new book, “The Culinarians,” a nomination for the 2018 James Beard Award in the Reference, History and Scholarship category.

How many famous chefs can you name? If you read magazines like Saveur or Bon Appetit, you need both hands to count them all. If you watch the Food Network or any of the cooking and culinary travel shows on other cable networks, you’re still counting — and will be until the dessert cart arrives.

In the 21st century, fine dining restaurants are temples for our appetites and chefs are the high priests and priestesses.

“We don’t know who it was who created American cuisine prior to James Beard and Julia Child,” says University of South Carolina English professor and foodways scholar David Shields. “Some people might know one name, like Galatoir in New Orleans, or if you’re familiar with New York fine dining, Delmonico’s, but the history is mostly a blank.”

Shields’ latest book, “The Culinarians: Lives and Careers from the First Age of American Fine Dining,” (2017) is a 560-page attempt to bring the lost history of American fine dining, and the biographies of its many pioneers, back to the table.

“I go from Julien’s Restorator in 1793 Boston on up to Prohibition, when the elimination of alcohol sales caused the first financial model for fine dining to collapse,” says Shields, whose exhaustive research earned “The Culinarians” a nomination for the 2018 James Beard Award in the Reference, History and Scholarship category.

In all, the book features 175 individual profiles, but many additional figures from the world of fine dining are folded into the various culinary histories that give the book its texture and taste.

“I identify David Cantor as the earliest Jewish caterer and restaurateur of note in America, but I had to go into the entire Jewish fine dining world to describe how he emerged as the central figure,” Shields explains by way of example. “In the process, I may have talked about 10 other people who helped shape that particular history.”

The same applies to Shields’ treatment of other ethnic cuisines’ emergence on the fine dining scene — from high-end German and Italian cuisine to the influence of African-American chefs in the urban restaurant kitchen.

The book ends at Prohibition because that’s when “the drug of choice,” as Shields puts it, shifts from alcohol to sugar, resulting in, among other innovations, the dessert cart and a sweetening of the American palette.

“There’s a period of time between WWI and WWII when it’s only the hotels who keep fine dining alive in America,” he says. “After WWII, fine dining revives — Gourmet magazine is founded. James Beard emerges as a sort of oracle. Louis Diat, a survivor of the first age, reboots French cuisine.”

Shields’ previous venture into food writing, “Southern Provisions: The Creation and Revival of a Cuisine” (2015), traced the evolution of Southern cuisine from Reconstruction to the present and was part of a larger effort to rediscover and revive lost ingredients and forgotten flavors.

“With ‘Southern Provisions’ I started with the table and then went back to the field, to the ingredients,” says Shields. “Along the way, I asked myself, ‘Who were the chefs that were preparing the food in Charleston? In Baltimore? In New Orleans?' ”

The answer — or lack thereof — took Shields by surprise. “I thought, ‘Let’s check out some restaurant histories, too,' ” he says with a laugh. “Well, there were none! I was shocked about that revelation.”

Shocked, that is, but not discouraged. In fact, the lack of an available history is one of Shields’ principle motivations as a scholar and writer.

“I like supplying original knowledge,” explains Shields, who has published 13 books, including five monographs, on subjects as diverse as early Broadway photography and early American literature. “When I wrote my book ‘Still,’ on Hollywood motion picture photography, no one had done that. When I wrote ‘Southern Provisions,’ no one had written about that. I like doing total histories of subjects that don’t have histories.”