The mechanics of music 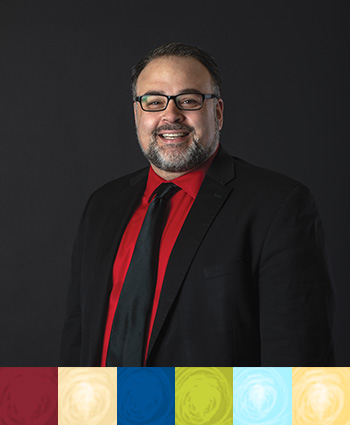 “Exercises that many students would be doing on paper, our students are actually playing and in contact with the material. It gives them a level of practical knowledge.” — Danny Jenkins, music theory professor

It is one thing to understand the mechanics of music, the theory. It is another thing to actually hear those mechanics at work and know what the theory sounds like.

Danny Jenkins has flipped his classroom to get his students better engaged with a subject he calls “the vegetables” of music education — music theory.

“Music theory is like eating your vegetables — nobody wants to eat their vegetables, but you just have to do it,” says Jenkins, music theory professor in the School of Music.

And the way music theory has typically been taught is about as exciting as steamed broccoli with no sauce, no butter and no salt.

“Traditionally in undergraduate music theory classes, a lot of analysis of music is done with pen and paper,” Jenkins says. “But that analysis is divorced from musical practice.”

Jenkins takes his class to the Music Technology Center one day a week to give theory a dash of flavor. Access to keyboards and online databases of musical scores through the Music Library is key to making his classroom experiment work.

“Exercises that many students would be doing on paper, our students are actually playing and in contact with the material,” he says. “It gives them a level of practical knowledge.”

He goes one step further in his graduate level theory course, which he has dubbed “Public Music Theory.” The idea is that the students translate their high-level knowledge of the mechanics of music into understandable bites for the general public, to increase both the understanding and enjoyment of music and performances.

“Students are required to complete several projects in which they must actually reach out to the community through blog posts, pre-performance talks and written materials,” says flute professor Jennifer Parker-Harley, who nominated Jenkins for a Garnet Apple award for teaching innovation. “The requirements are framed in such a way that students are preparing for real-world situations that they will encounter in their working lives as musicians.”

For undergraduates, Jenkins says the big payoff is that he can cover more material in classes because students are learning at a faster pace and are better able to monitor their own progress as they go.

“They are grasping it more profoundly as they go along,” he says.

Students know well before the end of the semester how many points they need to achieve their desired grade, giving them the opportunity to allocate their time and limited resources to other classes at crunch time.

“Students can decide how much to invest in their final project depending on how many points they have accumulated and how many they need,” he says. “The project is modular with different components worth different points toward a final grade.”

Jenkins, who has taught at Carolina for 11 years, got a grant three years ago from the Center for Teaching Excellence to try something a little different to better reach his students — most of whom are music majors and many of whom will go on to be teachers themselves.

“I am very interested in trying to create the best experiences for my students,” he says. 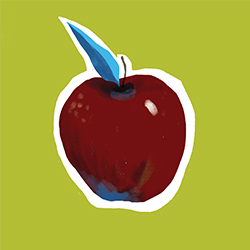