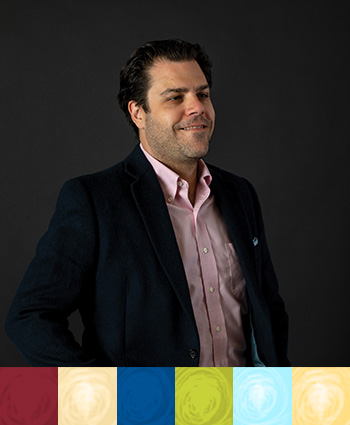 Communication, exploration and a lot of hard work — for assistant professor of political science Brad Epperly, teaching is a conversation that extends well beyond the scheduled class time.

But when it comes to how that conversation unfolds, Epperly also has some firm rules. For one thing, he doesn’t allow his Political Science 101 students to email him about assignments.

“They have to come talk to me,” he says. “Emergency stuff? Sure, I’ll respond to an email. But anything substantive about the material, they know where I am — before class, after class, office hours. And they know the TAs, so they have no excuse. They have to interact with us.”

They also have to put their noses to the proverbial grindstone.

“There’s no textbook — we read only journal articles, or book chapters occasionally — and they’re reading stuff that matters,” he says. “And it’s hard. I get a lot of comments like, ‘That was the hardest POLI class I ever took and it was 101!’ My Rate My Professor page is littered with comments like ‘Don’t take it unless you really want to work.’ Well, yeah, OK — work!”

Epperly is hardly the first college professor to be so demanding of his students. By the course’s end, they have delved deep into such subjects as interstate war, civil war and dictatorships, and they’ve wrestled with the differences between parliamentary and presidential systems of democracy.

They have also been given a very specific set of tools for thinking critically — and if they’re paying close attention, they learn as much about methodology as they do political science.

“For the first five weeks, I’m sort of brainwashing them to think like a social scientist,” he says. “We talk about who the relevant actors are in any sort of action. What are their interests? Will there be other relevant actors, and what are their interests? Is the action strategic? And we talk about institutional constraints and other frameworks for understanding social, economic and political interaction.”

Meanwhile, all that “brainwashing” pays additional dividends for Epperly’s political science majors as they begin to plot the next phase of their education.

“If you come to me and say, ‘Hey, I really liked X in your class,’ I can help you,” he explains. “It could be that you liked X not because of the subject itself but because you like the framework for studying it, or the way of thinking about a problem. I help them figure that out and recommend the right courses and the right professors.”

And the more Epperly learns about his students, the better the odds that he can direct them to appropriate opportunities beyond the classroom.

“That’s where you learn what a student is interested in,” he explains. “When someone says to me in those office hours, ‘I’m also interested in Mandarin,’ I can say, “Oh, have you heard about the State Department’s Critical Languages Program?’ That sort of thing.”

Making time for face time is hardly a new approach, of course, but the larger the university gets, the more important those connections become, according to Epperly.

“We’re a big, public research university, and the reality is, they can fall through the cracks. That’s just the nature of an institution this size,” he says. “I can’t prevent that from happening, but I can encourage them do things that will make that less likely.” 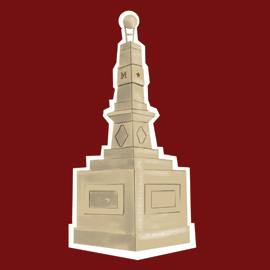