The language of learning

Fourth-grader Maddie Freeman wants to be an FBI agent when she grows up.

“I like how detectives work crimes, and I see a lot of news stories that say the FBI and CIA are looking for people who speak Chinese and other languages,” Maddie says. 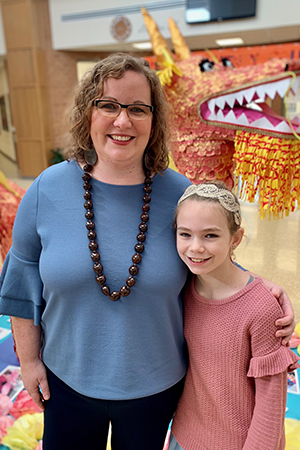 Kimberly Freeman says her daughter Maddie has benefitted from a bilingual education.

At just 9 years old, she’s well on her way to becoming bilingual thanks to a Mandarin immersion program at her school, Meadow Glen Elementary in Lexington, South Carolina.

“Knowing Chinese can get you a lot of jobs because a lot of places are looking for people who can speak different languages and are bilingual,” she says.

Maddie and the other 240 students in the school’s immersion program spend half of their day learning solely in Mandarin. Even her math lessons are taught in Mandarin. Her mother, Kimberly Freeman, says she and her husband, who spent two years working in China at the start of his career, wanted a multicultural education for their children.

“For us, it’s about so much more than just learning the language,” Kimberly Freeman says. “It’s about learning to navigate different practices and systems around the world. We just wanted our children to have a curiosity for things that are different and learn what makes other cultures special and unique.”

The Mandarin immersion program at Meadow Glen Elementary is one of 30 programs in public schools across South Carolina. Research shows bilingualism enhances cognitive abilities, student achievement, career possibilities and even mental health. For example, bilinguals showed Alzheimer’s symptoms five to six years later than those who spoke only one language, according to one study. Employment for interpreters is projected to grow 46 percent by 2022. More than 1,200 international firms, representing 32 countries, are based in South Carolina. On the education front, students who completed at least four years of foreign language study scored more than 100 points higher on each section of the SAT than their classmates with less foreign language instruction.

For us, it’s about so much more than just learning the language. It’s about learning to navigate different practices and systems around the world.

“There are cognitive boosts that come from being bilingual,” says University of South Carolina education professor Eurydice Bauer. “The constant negotiations between those two languages and navigation of vocabulary across the languages cognitively helps the person who is developing into a bilingual.”

To promote bilingual education in the state, Bauer is opening a new center within the College of Education called Bilingualism Matters at UofSC, a branch of an international organization headquartered at the University of Edinburgh in Scotland with branches in Europe and the U.S. 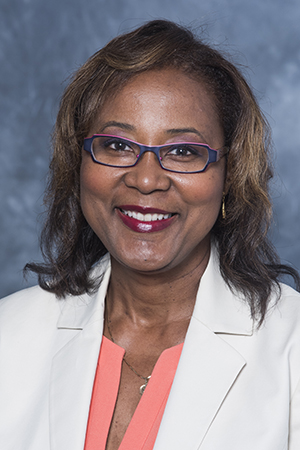 “The goal of our center is to get community leaders, families, researchers, policymakers and educators in conversation about bilingualism, but at the same time, make sure the conversation is based on research and not on opinion,” says Bauer, who speaks four languages and grew up in a bilingual home.

Bauer is collaborating with Lexington School District 1 as well as Richland 1 and Lexington 2, which all house various language immersion programs.

“We are so excited about the chapter of Bilingualism Matters opening at the University of South Carolina,” says Dawn Samples, coordinator of the World Languages and Dual Language Immersion in Lexington 1. “The center will help us provide solid, research-based professional learning so that we can better inform our parents of the benefits of becoming bilingual and implement best practices in the programs that we build in South Carolina.”

Samples says the immersion students develop problem-solving skills that help them throughout their schooling and career.

“During their day, they are constantly problem-solving, grappling with meaning, having to collaborate to figure out what’s being asked of them. That struggle is part of what helps to promote that cognitive benefit. Even if they were to never use that language again in their lives, that skill set is going to serve them no matter what they do in life,” Samples says.

As for Maddie Freeman, she plans to use her language skills throughout her life and is already putting them to good use — speaking in Mandarin at restaurants, the farmer’s market and to her friends.

“I am astounded by the language that my 9-year-old can speak,” Kimberly Freeman says. “My children are comfortable with the language. They are able to negotiate meaning in a lot of different ways. That’s been really exciting. But more than that, what they have benefited from already is their willingness to take risks, to put themselves out there, to negotiate situations that are uncomfortable or unknown. They are willing to just try.”

The official launch of Bilingualism Matters at UofSC took place March 29, followed by the Bilingualism Matters Inaugural Conference on March 30. The conference brought together national and international researchers who explored various aspects of bilingualism from preschool to adulthood. Presentations provided research-based information designed for teachers, administrators and parents to explore best practices in bilingual settings.