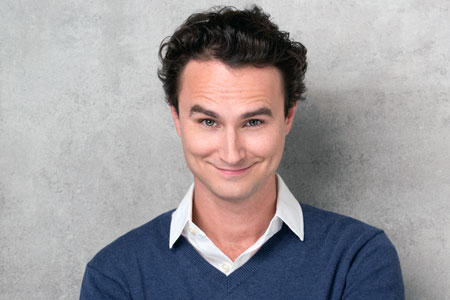 “It is a very vulnerable experience telling this story over and over again. But the responses I get from the audience, the laughter, the catharsis, especially from fellow chemo veterans, those responses outweigh the challenges and discomfort.” — David Lee Nelson, playwright and actor

The incidence of colorectal cancer and related deaths for people over 50 have declined in the past 20 years. But overshadowing that bit of good news is the fact that the disease is now taking a greater toll on people younger than 50, says University of South Carolina cancer researcher Frank Berger.

Part of Berger’s mission as research and outreach director at the Colorectal Cancer Prevention Network is to get that information out to younger people who are not screened for the cancer as routinely as older people.

“We need younger people to understand this is happening,” says Berger. “They need to be aware.”

South Carolina native, playwright and actor David Lee Nelson is very aware. He was diagnosed with Stage 4 colon cancer at age 38 and has been through two rounds of chemotherapy and will get radiation treatment soon as part of a two-year battle with the disease. He wrote about his experiences in a blog, then incorporated them into a one-man show, “Stages,” that he is bringing to the university as a kick-off to Colorectal Cancer Awareness Month.

“I have always written about my life,” Nelson says. “I’ve always used my life as material for my work. I am not a shy person.

“The play is about that first wave of finding out about the disease and the first chemotherapy treatment — that first contact with the disease.”

Nelson grew up in Greenville and graduated from the College of Charleston as a theater major. He has lived in Los Angeles and New York City to try to grow his career. He returned to South Carolina to teach at his alma mater, then moved to Atlanta and found some success in the burgeoning entertainment industry there.

That was when he was diagnosed.

“I was just living life,” he says. “But this diagnosis rendered all other plans obsolete.”

Nelson has returned to his native Greenville for treatment and is bringing his show to South Carolina as part of the university’s effort to raise awareness about the developing trend of younger colon cancer patients.

As part of the awareness mission, the Colon Cancer Prevention Network — an offshoot of the university’s Center for Colon Cancer Research — will present a brief informational talk before each performance. The network works to reduce colorectal cancer deaths in South Carolina through statewide education and awareness, as well as with screening services to medically underserved South Carolinians.

For Nelson, he took a “need-to-know” only approach to the disease while his girlfriend “Encyclopedia Browned” everything.

“I have a friend who has cystic fibrosis, and he told me after my diagnosis, ‘You can’t go dark. It’s too hard to come back,’ ” Nelson says. “My job was to be a bit of a Pollyanna. I have to say I have never been so happy to be a writer. It has given me a purpose to examine this process. My favorite thing is to perform, to connect with other people. It’s powerful. It feels like medicine.”

Nelson opened his show, directed by his lifelong friend and frequent collaborator Adam Knight, during the 2018 Piccolo Spoleto Festival.

“It is a very vulnerable experience telling this story over and over again,” Nelson says. “But the responses I get from the audience, the laughter, the catharsis, especially from fellow chemo veterans, those responses outweigh the challenges and discomfort.”