Colorectal cancer screening recommended at age 45 instead of 50 – it’s no fun, but it’s worth it

Colorectal cancer remains a major source of cancer incidence and mortality worldwide. The American Cancer Society recently estimated that in 2021, there will be 149,500 new cases of colorectal cancer and 52,980 deaths in the U.S. alone. Franklin G. Berger, professor emeritus in biological sciences, writes in The Conversation about two significant developments that could save lives.

Colorectal cancer screenings should begin at age 45 instead of 50, according to the panel that sets guidelines for preventive screenings in the U.S. The U.S. Preventive Services Task Force on May 18, 2021, officially recommended lowering the age recommendation because of an increase in colorectal cancer among young adults by almost 15% in about a 15-year period.

As a research scientist and an advocate for people with colorectal cancer, I am particularly excited over this change. Along with a 2020 federal law that changed reimbursement to make sure the cost of a screening colonoscopy is fully covered by Medicare, this development will likely save lives.

Colorectal cancer remains a major source of cancer incidence and mortality worldwide. The American Cancer Society recently estimated that in 2021 there will be 149,500 new cases of colorectal cancer and 52,980 deaths in the U.S. alone. This places the disease fourth highest in cancer incidence and second highest in mortality in the country. Only lung cancer claims more lives from cancer in the U.S. In addition, African Americans are more likely to be diagnosed with the disease and to die from it.

And yet colorectal cancer is among the most preventable of cancers. Over the past three decades, timely screening and removal of precancerous lesions, called polyps, before they progress to cancer have contributed to sustained decreases in colorectal cancer incidence and mortality. So progress is being made, but we have a way to go.

In 2000, President Bill Clinton dedicated March as National Colorectal Cancer Awareness Month, indicating that “our most effective weapon in defeating colorectal cancer is early detection and treatment.” Each year, survivors, patients, medical providers, researchers and advocates collectively disseminate knowledge of colorectal cancer and its prevention to the general population, promoting awareness and action that will reduce the toll of this highly preventable disease. 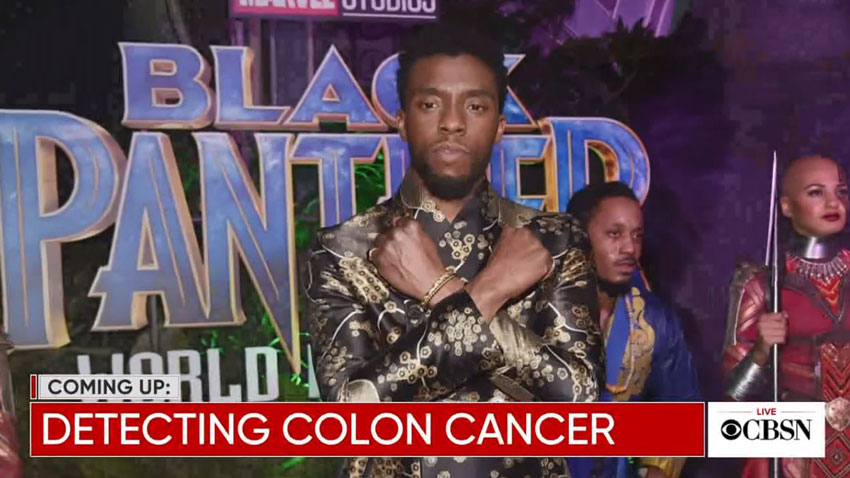 For quite some time, national guidelines recommended that colorectal cancer screening begin at the age of 50, when risk of the disease starts to climb markedly. However, in recent years, researchers and physicians have observed that the incidence of colorectal cancer is increasing in people under age 50. Until now, screening has generally not been recommended for those under 50 unless major symptoms occur.

Those of us who study the disease do not fully understand the reasons behind this increase, but there is growing concern among doctors, researchers and, of course, patients and their families. This concern led to reconsideration of screening guidelines. In October 2020, the United States Preventive Services Task Force conducted a comprehensive and in-depth evaluation. It recommended that adults ages 45-49 be screened for colorectal cancer, bringing the task force in line with what the American Cancer Society recommended in 2018.

The panel’s decision this week serves as an official update to recommendations it last made in 2016.

The Affordable Care Act mandates that colorectal cancer screening follow these guidelines, and that private insurers and Medicare cover approved screening tests with no copayments.

Now, adults ages 45-49, who are increasingly vulnerable to colorectal cancer, will become eligible for insurance that fully covers screening.

Getting rid of surprise payments

The second development concerns Medicare coverage of screening colonoscopies. While Medicare must cover colorectal cancer screening with no copayments, a copayment is charged if a polyp or other tissue is found and removed during a colonoscopy. The rationale for this has been that removal of tissue is considered a diagnostic, rather than a screening, procedure.

This distinction has led to patients’ being surprised with a copayment they weren’t expecting. Thus, Medicare patients undergoing colonoscopy think that they are fully covered, only to be confused by being billed for a copayment after the procedure had been carried out.

This has been deemed unacceptable by medical providers and public health advocates, who view removal of precancerous lesions to be an integral part of the screening process. In all, this situation, known as the Medicare loophole, has become a barrier to preventive colonoscopy in an older population that is at high risk of colorectal cancer.

After many years of advocacy and lobbying around this issue by organizations such as Fight Colorectal Cancer and the American Cancer Society Cancer Action Network, the loophole was finally closed in December 2020, when Congress passed, and President Trump signed, the Removing Barriers to Colorectal Cancer Screening Act of 2020. This act, part of the COVID-19 Economic Relief Bill, requires the waiving of coinsurance charges associated with colorectal cancer screening tests, regardless of whether tissue is removed during the test. It will be phased in during an eight-year period beginning in 2022.

The future of colorectal cancer screening

President Biden, in a proclamation to the nation on March 1, encouraged “all citizens, government agencies, private businesses, nonprofit organizations and other groups to join in activities that will increase awareness and prevention of colorectal cancer.” The new screening guidelines will help make that happen in the future.

A number of effective options for colorectal cancer screening were approved under the new guidelines. These include tests that look for the presence of blood or specific DNA biomarkers in fecal samples, and visualization tests that directly examine the inner lining of the colon and allow removal of tumors or precancerous lesions.

New technologies are emerging that should make screening easier and more effective. For example, liquid biopsies involve analysis of easily obtained bodily fluids, such as blood or urine. Doctors may soon to able to isolate and analyze cells or DNA that come from tumors and that are present within the bloodstream.

Also, molecules in urine may be potentially important as biomarkers for detection of colorectal lesions.

Though the utility of technologies such as these is still under study, it is clear that in the near future we should witness the appearance of simpler, more accessible and more sensitive tests for colorectal cancer. It is important to note, however, that these noninvasive tests must be followed up by a colonoscopy if anything of concern is noted.

People of all ages need to be aware of risk factors for colorectal cancer, of symptoms that may be indicative of the disease, and of strategies and guidelines for screening and prevention. Talk to your doctor and your insurance provider about colorectal cancer and its prevention. And make sure you are aware of the recent changes in screening guidelines. The more you know, the better.

Editor’s Note: This is an updated version of an article published originally on March 22, 2021.

Jabari M. Evans, assistant professor of race and media, writes for The Conversation on the increasing role of fame and money in college sports.