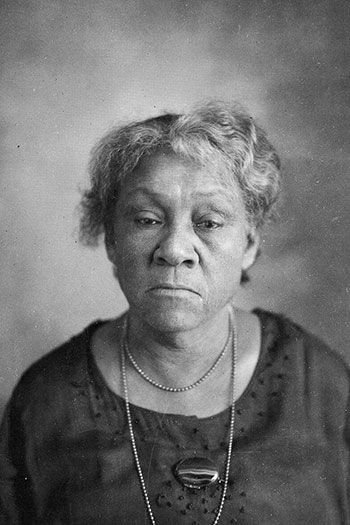 Celia Dial Saxon, a UofSC graduate and the first African American to be honored with a building name on the university's campus, is one of the best-known and respected educators in South Carolina's history.

“Celia Dial Saxon is one of the university’s most remarkable alumni, a woman whose impact and reputation stretched across the nation,” Interim President Harris Pastides said. “Our university rightly honors her by naming this building for her. Not only was she a true education pioneer, but she embodied the spirit of equality and justice through her life’s work. The Celia Dial Saxon Building will stand as a reminder to current and future generations of students of the high ideals she championed.”

The residence hall for upperclassmen, located at 700 Lincoln Street in Columbia, will be formally dedicated in Saxon’s honor in a public ceremony in the near future, Board Chair Dr. Dorn Smith said after the vote.

“As a great woman, peerless educator, and one of the most admired and respected citizens of South Carolina, Celia Dial Saxon is more than worthy of this honor,” said Smith, who had set as a board goal the task of naming a building for a prominent African American. “I’m very proud that the board recognized the importance of commemorating her contribution to our culture and our heritage.”

Saxon, a UofSC graduate, becomes the first African American to be honored with a building name on the campus. She was born Celia Emma Dial in Columbia in 1857, the daughter of an enslaved woman and a white man.

During Reconstruction, Saxon was one of the first African American students to attend South Carolina College, later the University of South Carolina. Upon graduation, she began teaching at Columbia's Howard School, starting a career that spanned 57 years. She married Thomas A. Saxon, dean of Allen University's law school, in 1890, and the couple had two children.

“Celia Dial Saxon’s life stands as a testament to perseverance, compassion, hard work and a commitment to excellence,” said Alex English, co-chair of the History Commission Implementation Group that considered candidates for whom to name the residence hall. “Her legacy bestows honor and dignity to our campus. It’s only fitting that, as a distinguished alumna of our state’s largest university, her name be memorialized here.”

Known as a compassionate and fearless advocate for the rights of women and girls, Saxon was active in the national Women’s Club Movement and throughout her career was involved tirelessly in numerous organizations, including serving as a founder of the Fairwold Industrial Home for Negro Girls in Lexington County, South Carolina, and the Wilkinson Orphanage of Negro Children.

Not only was she a true education pioneer, but she embodied the spirit of equality and justice through her life’s work. The Celia Dial Saxon Building will stand as a reminder to current and future generations of students of the high ideals she championed.

Other organizations in which Saxon was prominently involved were the Palmetto State Teachers' Association, the Culture Club, the Lend-a-Hand Club, the South Carolina Federation of Colored Women’s Clubs, and the Woman’s Christian Temperance Union.

In 1926, Saxon was awarded an Honorary Master of Arts degree from the State Agricultural and Mechanical College at Orangeburg. In honor of her long and dedicated service to public education, Columbia’s Blossom Street public school was renamed for her in 1929. Saxon died of a heart attack on January 29, 1935, while grading students’ papers at her home in Columbia.

The Celia Dial Saxon Building, which houses 297 of the university’s upperclassmen, is located near the Colonial Life Arena in Columbia. The site is significant because it is adjacent to the historic Ward One District where the Celia Dial Saxon Elementary School was located until its closure in 1968.