Postdoctoral scholars are a vital part of any university’s research community, but they also exist in a sort of in-between space. They’re not graduate students, they don’t fully fit the description of university staff, but they’re not quite faculty, either, and they are spread out across the research community, making it hard to meet others like them. Unfortunately, this can sometimes lead postdocs to fall between the cracks in a university community. So, in 2014, a group of forward-thinking scholars completing their postdoctoral training at USC banded together to form a new association, supported by the Office of the Vice President for Research.

The USC Postdoctoral Association was officially formed in 2014 through an effort led by two exercise science postdocs, Robin Shook, who is now an affiliate assistant professor in Iowa State University’s College of Human Sciences, and Sharon Ross, who currently works as an assistant professor in the Departments of Health and Physical Activity and Behavioral and Community Health Sciences at the University of Pittsburgh. They reached out to Vice President for Research Prakash Nagarkatti to gain institutional support for the association, which is still thriving today.

“When the postdocs approached me in late 2013, I thought the idea of a USC Postdoctoral Association was a very good one,” said Prakash Nagarkatti. “It is a common problem that postdocs can have trouble finding each other at universities, since they are spread among many different colleges, departments and research groups. With a bit of support from our office, the postdocs at USC have begun to connect and build a strong community that now reaches across the university.”

Associations like our PDA is where we can come together for a cause instead of struggling alone to make many things happen.

Postdoc Association Staff Advisor Lauren Clark echoes Nagarkatti’s recollection of the ground-up effort that led to the formation of the USC Postdoctoral Association. “At the beginning, it took a bit of effort to determine how to best contact postdocs at USC. We reached out through mailing lists to help the postdocs begin to assemble the beginnings of a community group. They took it from there, and have done a great job building momentum.” The Office of the Vice President for Research has continued in their support of the organization, offering opportunities for postdocs to compete for research funding, and providing grant-writing workshops to support their efforts to seek external research dollars.

Now in its fourth academic year, the USC Postdoctoral Association offers regular professional development meetings, networking and social opportunities for postdocs. Sayward Harrison, a former association member and officer who is now the Faculty Advisor for the group, made the most of these opportunities. She said, “The first meeting I attended was on job search materials—specifically on writing your research statements. I had never applied for a faculty position before and this was all new to me! I learned a lot of great tips that ultimately helped me when I was on the job market the following year.”

Association Vice President Marpe Bam, a postdoctoral scholar in the School of Medicine’s Department of Pathology, Microbiology and Immunology, points to additional benefits of banding together. “Associations like our PDA is where we can come together for a cause instead of struggling alone to make many things happen,” he said. In 2015, the association did just that, successfully pushing for development of an internal funding opportunity especially for postdocs. In response to this effort, the Office of the Vice President for Research added an innovation for postdocs track to the ASPIRE funding program.

Harrison received one of these ASPIRE awards in 2016, which she used to, “fund a pilot project on the prevention of childhood obesity in pediatric primary care. It was a great opportunity as it allowed me to start a new line of research into a topic I was interested in, and yielded research connections, several conference presentations, one published paper and another one under review.”

Even as the group racks up successes, Ratanesh Seth, a postdoc in the Arnold School’s Department of Environmental Health Sciences, has noticed that interest in the group seems to have waned a bit. So, he decided to do something about it. “Over the last three years, I observed that postdocs have less interest in the PDA, probably because of time constraints. This encouraged me to have closer look at the needs of postdocs and how can we support them to make their next goals a little easier,” he says. So, he ran for the top spot in the group’s executive board and won.

Dr. Seth now serves as President of the association, and has set out specific goals for the year. “With the wonderful team of PDA executive board officers, I am trying to put the postdocs in the front row,” he said. “My priority is to get postdocs recognized for their hard work, help them get excellent career advice from experts and bust stress through networking and cultural activity.”

With the support of the Office of the Vice President for Research and the entire 2017-2018 USC Postdoctoral Association Executive Board, these worthy goals are well within the group’s grasp. 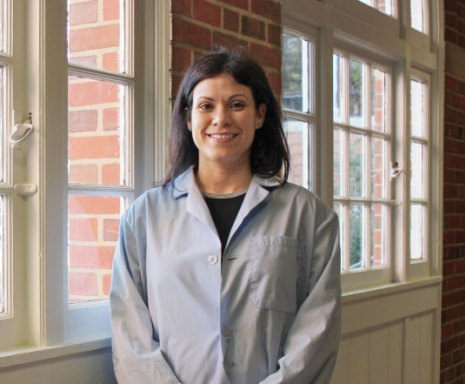 Kandy Velázquez, Ph.D., has received a Pathway to Independence Award from the National Institutes of Health to study how a traditional herbal compound may help curb pain in cancer patients.