After many years of almost obsessive detective work, Professor Andrew Graciano (Art History) published an article arguing that the Portrait of Tiberius Cavallo in the National Portrait Gallery, London, is actually a portrait of someone else. The portrait was purchased in 1905 and soon identified as Cavallo, by an unknown artist. Using a variety of compelling visual and archival evidence, Graciano demonstrates that the painting depicts Cornelis Rudolphus Theodorus Krayenhoff (1758-1840), who was a medical doctor, electrical scientist, amateur painter, cartographer, fortifications expert, patriot, revolutionary General, and Baron. The article is published in the peer-reviewed Dutch journal of art history, Oud Holland (December 2018). It was soon after shared with the NPG London, which after some time considering it, acknowledged that they were suitably convinced enough to change the title of the work to 'probably Portrait of Cornelis Krayenhoff, formerly known as portrait of Tiberius Cavallo'. Graciano's persistence thus overturned over a century of received art historical knowledge.

View and read Dr. Graciano's article: A Dutch connection: Re-identifying a sitter at the National Portrait Gallery in London. 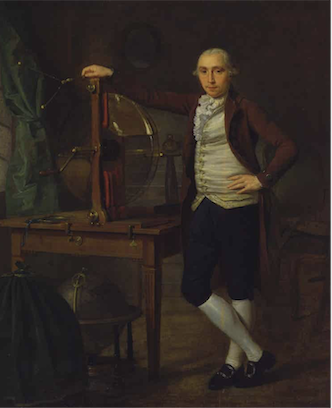