Congratulations to Art History Professor Peter Chametzky whose forthcoming book with MIT Press, Turks, Jews, and Other Germans in Contemporary Art has been awarded a Millard Meiss Publication Fund grant from the College Art Association. Along with support from the College of Arts and Sciences, this grant will enable color reproduction of around 90 of the book’s 125 figures. According to CAA, Meiss grant applications “are judged in relation to two criteria: (1) the quality of the project; and (2) the need for financial assistance....the purpose of the grant is to support presses in the publication of projects of the highest scholarly and intellectual merit."

The Fall 2021 MIT Press catalogue will describe the book like this: “With Turks, Jews, and Other Germans in Contemporary Art, Peter Chametzky presents a view of visual culture in Germany that leaves behind the usual suspects—those artists who dominate discussions of contemporary German art, including Gerhard Richter, Anselm Kiefer, and Rosemarie Trockel—and instead turns to those artists not as well known outside Germany, including Maziar Moradi, Hito Steyerl, and Tanya Ury. In this first book-length examination of Germany’s multicultural art scene, Chametzky explores the work of more than thirty German artists who are (among other ethnicities) Turkish, Jewish, Arab, Asian, Iranian, Sinti and Roma, Balkan, and Afro-German.

With a title that echoes Peter Gay’s 1978 collection of essays, Freud, Jews and Other Germans, this book, like Gay’s, rejects the idea of “us” and “them” in German culture. Discussing artworks in a variety of media that both critique and expand notions of identity and community, Chametzky offers a counter-narrative to the fiction of an exclusively white, Christian German culture, arguing for a cosmopolitan Germanness. He considers works that deploy critical, confrontational, and playful uses of language, especially German and Turkish; that assert the presence of “foreign bodies” among the German body politic; that grapple with food as a cultural marker; that engage with mass media; and that depict and inhabit spaces imbued with the element of time.

American discussions of German contemporary art have largely ignored the emergence of non-ethnic Germans as some of Germany’s most important visual artists. Turks, Jews, and Other Germans in Contemporary Art fills this gap.

The book will be distributed internationally by one of MIT’s partner presses, Penguin/Random House. 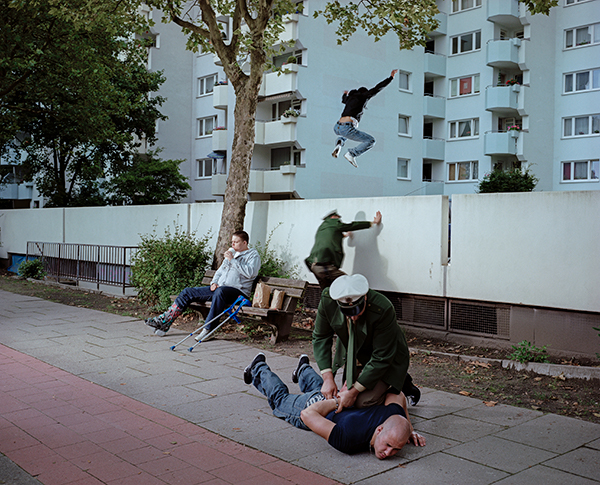