Earlier this year, UofSC alum Jarad Greene sold the publishing rights to two graphic novels to HarperAlley - a new graphic novel imprint for readers of all ages. While at UofSC, Jarad was a Capstone Scholar and took two of Professor Northrop Davis' manga classes in his last year of undergraduate studies. He was always passionate about drawing and illustration, having worked as a cartoonist for The Daily Gamecock for all four years as a student, and where he also spent three years writing and drawing a bi-weekly comic strip, Spurned.

Professor Davis recalls Jarad Greene as being an active member in the student organization WeMakeManga and developing his talents while studying at UofSC. In 2015, Jarad moved from South Carolina to Vermont to pursue his MFA at The Center for Cartoon Studies, a graduate school for cartoonists, where he currently works as their Administrative and Development Coordinator.

One of Jarad’s graphic novels, Scullion: A Dishwasher's Guide to Mistaken Identity, from Oni Press, will be released on July 8, 2020. His two latest novel sales are slated to be released in fall 2021 and winter 2023. From all of us at UofSC, congratulations on your success, Jarad! 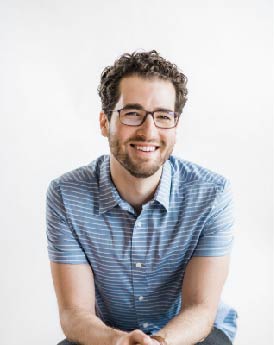 Jarad Greene (BA ’11) graduated with a degree in Criminology & Criminal Justice and minors in Public Relations and Theatre Performance from the College of Arts and Sciences.