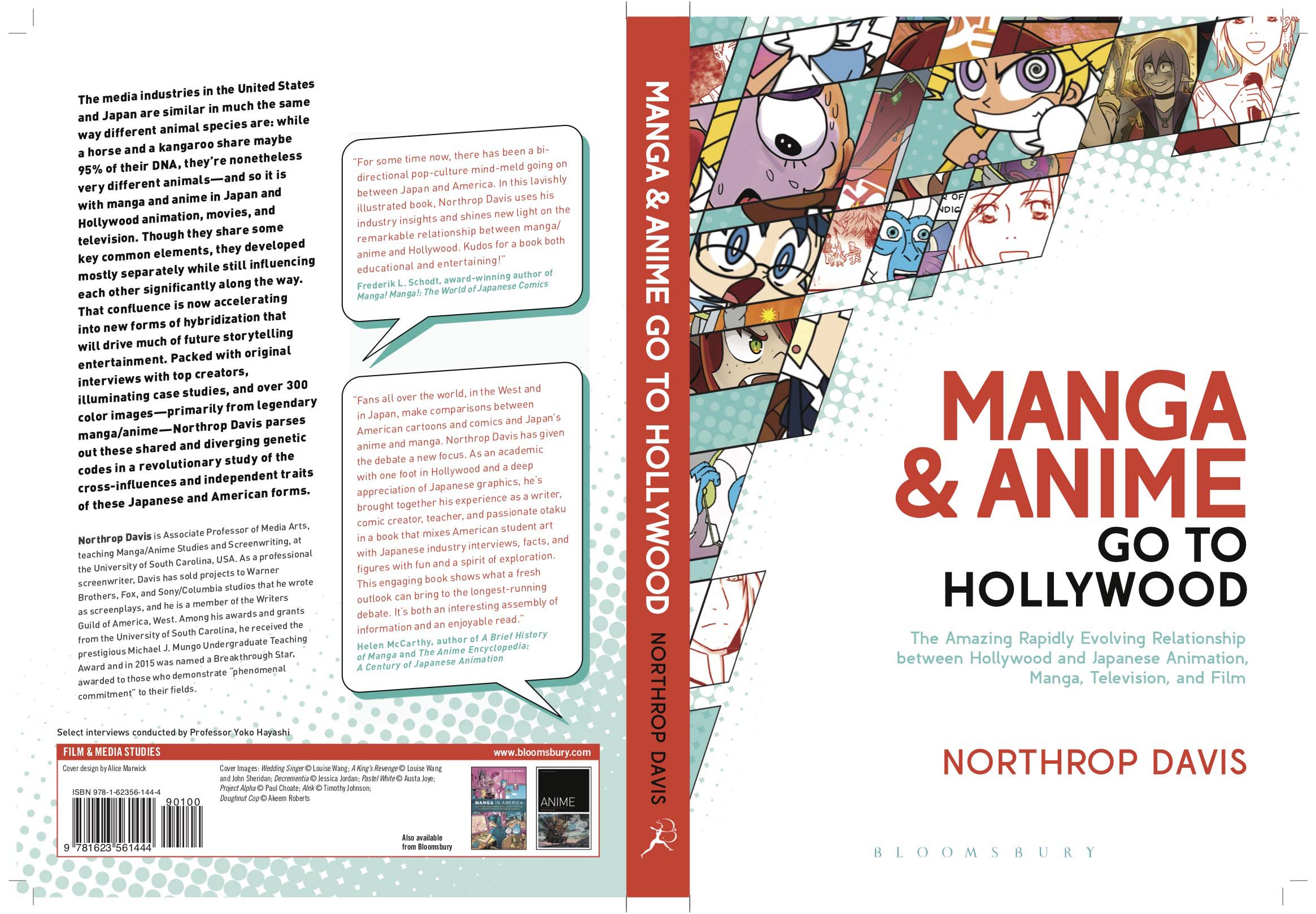 Northrop Davis is the author of the book "Manga and Anime Go to Hollywood"-- and a screenwriter-- and is now writer of his first manga (Japanese style comics) volumes -- who teaches screenwriting, television writing and manga/anime studies. As writer, Davis has sold three Hollywood projects: his science fiction script to Warner Brothers and two pitches-- one to Columbia/Sony Studios and another to 20th Century Fox Film Corporation, both of which he subsequently wrote as screenplays. His screenplay “Alien Safari” is owned by Walt Disney studios. He has lectured at the Writers and the Directors Guilds of America, Duke University, Cal Arts, UCLA Professional Screenwriting Program, U.C. Irvine, and nine years at Anime Expo-- and was interviewed in 2020 by Lionsgate Entertainment for the 25th Anniversary of the legendary "Ghost in the Shell" anime Blu-ray/Steelbox 4k Home Video release featurette-- and by French television studio Canal + for a documentary about Hollywood anime adaptations and by BBC News.  He has been invited four times to lecture internationally, including at the premiere manga program at Japan's Kyoto Seika University.  A member of the Writers Guild of America West, at the University of South Carolina, he received the Michael J. Mungo Undergraduate Teaching Award and was final runner-up for the Michal J. Mungo Distinguished Professor Award in 2022. In 2015 he was named a Breakthrough Star “awarded to faculty from a wide variety of disciplines, who show phenomenal commitment to their fields through research and scholarly activity.” His articles have appeared in leading publications in his field. Davis and his book-- which was published in 2016 by Bloomsbury Academic-- were quoted by France’s newspaper of record "Le Monde" (May and August 2017 and in 2020). The American Library Association’s "CHOICE" magazine recommends [PDF]] his book for all ages. The book is in over 1,030 libraries worldwide and its print version is sold out. Volume one of the manga that he wrote and is the creative-director for (“The Hole”) that his former student, Louise Wang, is a lead artist on, will be published in 2023, followed by "The Hole: Space Airport"(volume 2)-- and volume 3 (which is currently in production).  The series is over 300 pages and 2500 color and inked panels. For more information, including about his teaching/mentoring, students' current activities and career successes, please go to this link.  You can read "Manga and Anime Go to Hollywood" free online if you are a University of South Carolina  student or employee by going to this link.