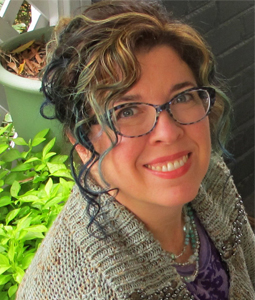 Dawn Hunter is an internationally recognized visual artist and Fulbright Scholar whose most famous and seminal body of artwork is a biographical portfolio about Santiago Ramón y Cajal. For the past several years, she has been developing a creative project about the life of Santiago Ramón y Cajal. She immerses Cajal in "neuron narratives," connecting him to seminal influences from his youth that led to his perception of the neuron as an individual unit. Her artwork about Cajal has been well received and garnered recognition in the neuroscience community. She has been awarded fellowships and grants supporting this series, most notably a Fulbright España Senior Research Scholar Fellowship through the Fulbright Foundation, Washington, DC. She has exhibited this series in group and solo exhibitions at leading medical research institutions like the National Institutes of Health, Bethesda, MD, and the Instituto Cajal, Madrid, Spain. She has participated in collaborative symposiums held in honor of Cajal that the NIH and the Instituto Cajal facilitated. While a Fulbright Scholar at the Instituto Cajal, she was invited to give a presentation about her research at the 17th National Congress of the Spanish Society of Neuroscience, Alicante, Spain. She has written articles about her perceptions of Cajal's drawings for the National Library of Medicine's Circulating Now. Articles about her research have been featured in professional magazines in the field, like, The Scientist and Scientific American. She is a recipient of an Honorable Mention award from the 2022 prestigious Art of Neuroscience international competition out of the Netherlands Institute for Neuroscience. In 2021, Dawn's artistic works about Cajal was featured in a solo exhibition at the College of Southern Nevada, Las Vegas.

By 2014, Dawn Hunter's research in her Spectacle Spectacular series culminated in many solo exhibitions at leading academic institutions in the United States, including Delaware Contemporary Art Center, Brown University, University of Wisconsin-Madison, Whittier, and Ithaca College. Her most famous work from this series, Art Department, was featured in the Day Job exhibition at the Drawing Center, New York, NY. The painting was also featured on the cover of the prestigious literary journal Crazy Horse of the College of Charleston. Her artwork and research direction took an unexpected turn when she freelanced as a medical illustrator for the new edition of the textbook, Human Neuroanatomy, published by Wiley-Blackwell Publishing in 2017 by Dr. James R. Augustine, University of South Carolina School of Medicine. While creating illustrations for this textbook, she researched the history of brain anatomy illustration. She was particularly struck and inspired by Santiago Ramón y Cajal's drawings because they possess artistic merit and a particular type of observation, and this inspired her to create an artistic series about his life.

Dawn Hunter pursued her undergraduate studies at the Kansas City Art Institute, Parsons School of Design, and the Yale Norfolk Summer School of Art & Music. As a Regents Fellow, she received her MFA from the University of California, Davis, where she studied with Robert Arneson, Roy DeForest, and Irit Rogoff. Dawn has participated in numerous solo and multiple artist exhibitions throughout the United States and Europe. Additionally, she has received many awards and grants for her artwork, markedly a Starr Foundation Fellowship, enabling her to be the first American woman to serve as Artist-in-Residence at the Royal Academy of Arts, London. She is currently an Associate Professor of Art in the School of Visual Art and Design at the University of South Carolina, Columbia, SC.

To learn more about her artwork and view portfolios, visit her website: https://dawnhunterart.com