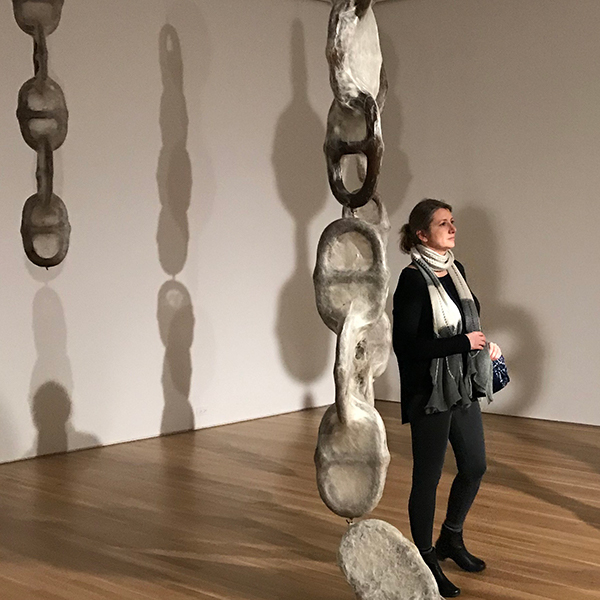 Amanda Wangwright has published on twentieth-century Chinese art, its transnational patronage networks, conceptualizations of gender and the body, and unfolding canonization. Her book, The Golden Key: Modern Women Artists and Gender Negotiations in Republican China (1911-1949), investigates artists’ public personas and feminist artistic practice, as well as the wartime developments that led to their exclusion from the canon of modern Chinese art. Professor Wangwright’s other recent publications similarly reconstruct the transitions and transactions of the art world in this pivotal period in Chinese history, including a book chapter demonstrating how the female nude became the visual model of the national reform movement, and an article reframing the war years as a period of vibrant artistic exchange and transnational patronage. Her most recent article contends that a still life by the modernist painter Qiu Ti (1906-1958) served as a complex visual rebuttal to the socio-political pressures she encountered in the leadup to the Second Sino-Japanese War (1937-1945).

Current research projects include a monograph on the modern art of wartime China (c. 1937-1949), which explores the factionalism and fanaticism of wartime China's art community and addresses topics such as the anxiety of national erasure as pictured in romanticized depictions of the minorities of the Chinese interior, artist-led campaigns soliciting wartime support from international audiences, and the collaborative art activism of the anti-Japanese resistance movement. An additional research project focuses on the portrayal of artists in popular culture and the modern professionalization of art in in early twentieth-century China. A separate line of research analyzes Republican-period depictions of the male nude in natural landscapes in connection with shifting perspectives of modern masculinity.