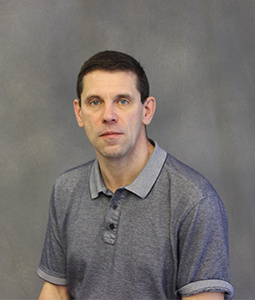 Geminal Theory. Modern electronic structure methods can be divided into two groups: simple single-reference methods (Hartree-Fock, Coupled Cluster, Kohn-Sham Density Functional Theory) and "custom-made" multireference methods (MCSCF, CASPT2). Single-reference methods work well for equilibrium ground states of not very reactive species, and multireference methods are often computationally expensive and are hard for non-theorists to use. We are developing a new well-defined method based on geminal representation of the wave function. Its full name is Antisymmetrized Product of Singlet type Strongly orthogonal Geminals (APSSG), and SSG is the shorter acronym. The SSG method is the only practical model that is both variational and size consistent. Its computational cost is only modestly higher than the versatile Hartree-Fock. The target applications of SSG are chemistry of transition metal elements and potential energy surfaces (reaction barriers, bond energies). Recently we focus on the development of density functionals to be used with geminal model for the balanced approximations of molecular wave functions.

Semiclassical Dynamics Based on Quantum Trajectories. It is well known to theorists that most chemical reactions require quantum description of nuclei due to the effects of tunneling, zero point energy, and non-adiabatic phenomena. It is appealing to describe quantum effects using semiclassical methods. The problem is that modern semiclassical methods are often more expensive than full quantum treatment, and their error is difficult to assess. My group develops a method based on Bohmian trajectories that is very inexpensive at the semiclassical limit, favorably compares to other semiclassical methods (such as Herman-Kluk), and is systematically improvable.

Correlation Operator Approach Exact theoretical description of chemical systems is impossible beyond the smallest model systems (this is a so-called NP-hard problem in the computational complexity terminology). The widely popular Density Functional Theory attempts to bypass this problem by modeling chemical systems aiming for adequate accuracy. The underlying theoretical machinery of this modeling mainly comes from solid state physics. We work on using instead the traditional tools of quantum chemistry, such as linear operators. We seek a universal two-electron operator that can describe electron correlation effects in single determinant wave functions, with sufficient accuracy.