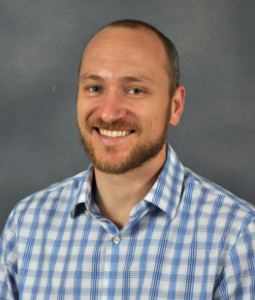 We design transition metal catalysts and catalytic methodologies for small molecule activations. A focus of the group is the characterization and utilization of hybrid molecular/heterogeneous catalysts. Current projects include cross-coupling catalysis and electrosynthesis, conversion of lignin biomass to renewable fuels, and photoredox catalysis.

Cross-Coupling: The long term goal of my research group is develop new, greener routes for cross-coupling catalysis and access new chemistries through method design. Along these lines, we have synthesized a hybrid catalyst that is composed of a molecular nickel catalyst attached to a solid SiO2 support. Generating a heterogeneous catalyst with molecular catalyst control leads to a highly tunable and easily recyclable catalyst motif. The stability and reactivity of these catalysts can be further altered with Atomic Layer Deposition, leading to active catalysts with long lifetimes in aqueous solution. Furthermore, electro-organic chemistry is currently undergoing a renaissance of its own. The versatility of electro-organic chemistry is derived from its ability to apply precise electrical potentials to a reaction mixture, therefore, avoiding the problem of over reduction/oxidation that can be incurred during chemically driven redox reactions. We have use electrochemical methods to developed an “anion pool” method for the selective functionalization of heteroarene compounds.

Biomass Conversion: The lignocellulose component of biomass is typically comprised of three parts, cellulose (40-50% by weight), hemicellulose (25-35%) and lignin (15-20%). The lignin component of lignocellulose is typically treated as a waste component. However, the catalytic depolymerization of naturally occurring lignin results in a variety of oxygenated monomers that include, but are not limited to, phenol, benzyl alcohol, benzoic acid, benzaldehyde, and various ketones. The presence of these oxygenated substituents decreases the energy density of lignin, thus hindering the ability to use lignin effectively as a fuel. The high oxygen content also leads to instability and inherent difficulty to store oxygenates, which represents a major challenge in the ability to use lignin as a renewable chemical feedstock. Our group has focused on the design and synthesis of catalysts able to selectively deoxygenate lignin monomers without over-hydrogenation of the aromatic rings. First generation catalysts from our lab have exhibited excellent selectivity for the catalytic hydrodeoxygenation of model lignin monomers. Synthesizing a hybrid catalyst from this first-generation homogeneous catalyst has led to an increase in observed catalytic activity and stability, highlighting some of the advantages of our hybrid catalyst approach.