Jimmy Story is the Consul General at the U.S. Consulate General in Rio de Janeiro, and a member of the class of 1993, with a degree in interdisciplinary studies.

Jimmy Story became the Consul General at the U.S. Consulate General in Rio de Janeiro in June, 2015.  Prior to that, he served as the Director of the International Narcotics and Law Enforcement Western Hemisphere Programs.  As a career foreign service officer, his assignments have included service as Senior Civilian Representative to Task Force Rakkasan in South-Eastern Afghanistan and Political Economic Chief and Deputy Principal Officer in Sao Paula, Brazil.

Story served at the U.S. Mission to the United Nations as the Ambassador’s staff assistant.  His other assignments have taken him to South America; Guadalajara, Mexico and Washington, DC.  He is the recipient of numerous departmental and interagency awards including the Superior and Meritorious Honors Awards, the Department of the Army Superior Civilian Service Award and the Warren Christopher Award for Outstanding Achievement in Global Affairs.

Story graduated from the Honors College with a B.A./B.S. in interdisciplinary studies.  He also holds a Master’s in Foreign Service from Georgetown University.

Favorite movie: “Forrest Gump” has to be up there, but I’m a sucker for “Star Wars the Empire Strikes Back.” Do you know how amazing Star Wars was for a kid in the late 70s and early 80s?

Most recent concert: I don’t get to many, but we did see Train and Shakira together in Bogota, Colombia.

Reading now: Jack Reacher #13 as well as a couple of zombie novels. I read enough for work and these are rather fun…

For fun: We love to go hiking or to the beach and of course I love to barbecue and watch Carolina football.

What you do that you never said you would: Work entirely too many hours in a day.

Where else would you like to live and work? Anywhere that matters for American diplomacy and works for my family. Right now I have a number of friends involved in re-establishing our diplomatic relationship with Cuba and I think that is an exciting opportunity.

Go-to places on campus: There are some benches tucked in near the Admissions office on the Horseshoe as well as some others near the chapel. Those were ideal spots to sit and think. If I really needed to hide to study, the Caroliniana Library was perfect. People just forget it is there.  I will also admit to the occasional trip down to the Village Idiot, Elbow Room, and Group Therapy…

Most memorable thing that happened during your time at USC: I have many terrific memories, some of which will stay safely locked away, but for me the most memorable thing was the support I received to dream big and go after opportunities. Dr. Bill Mould was instrumental in pushing me beyond what I thought was possible and encouraging in me the guts to just go for it. He, many of my professors, and the terrific friends I made at the SCHC are the memories I most cherish.

Advice for today’s SCHC students: Take advantage of every opportunity that comes along.  Don’t think for a second that you aren’t capable of something or that someone else has all of the advantages. 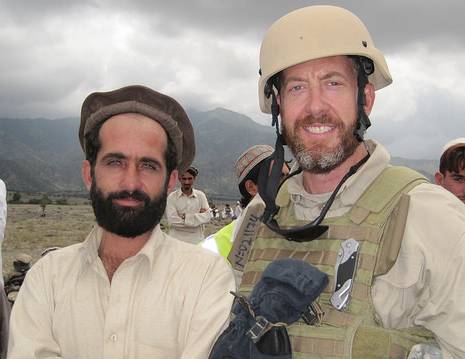