Ellefson is the Deputy general counsel for Academics and Community Affairs for Greenville Health System. She's a member of the class of 1976, with degrees in English and Law.

Profile and interview by Aïda Rogers

There’s no questioning the vibrancy of Greenville, South Carolina. But that bustling downtown and jaw-dropping park, those well-tended subdivisions and big-city high-rises didn’t happen all by themselves. There were all kinds of professionals sorting through all manner of paperwork long before that magic happened. One of those magicians was an energetic and capable real estate lawyer named Anne Southerland Ellefson.

An English major who graduated from the South Carolina Honors College in 1976 and from USC Law in 1979, Ellefson is the recipient of the SCHC’s 2016 Distinguished Alumni Award. The award recognizes decades of service, both professional and personal. A seemingly endless list of accolades follows Ellefson’s name—first woman lawyer in South Carolina elected managing director of a law firm of 100-plus lawyers, chair of the first United Way campaign in South Carolina to raise more than $10 million, president of the SC ETV Endowment, recommendations by Best Lawyers in America and South Carolina Super Lawyers. But talk to her a bit and you quickly get the idea that those honors and positions are simply recognition for doing what she likes to do—work with diverse groups of people to make their shared world better.

“My idea of a terrible day is if I come in and don’t have one thing on my calendar and sit at my desk and produce work,” she said. “I want to go to meetings and see people and have phone calls—all that kind of stuff.”

Currently Ellefson is deputy general counsel for Academics and Community Affairs for Greenville Health System, a position in which, among other things, she helps strategize for the future of a health collaborative between the University of South Carolina and Clemson and Furman universities. Previously, she spent 34 years doing real estate development work for Haynsworth Sinkler Boyd, P.A.

“When you’re in a transactional practice like that, everybody has the same goal in mind, which is getting the deal closed,” she said. “It’s less acrimonious, so it suited me too.”

As president of the Junior League of Greenville—the first to serve and work fulltime—Ellefson restructured the league’s training program. In her real estate work, she helped the City of Greenville with its striking RiverPlace development, and helped usher the creation of the modern, mixed-use ONE building. Countless subdivisions have her fingerprints on them.

A Laurens native, Ellefson watched her parents volunteer with various community organizations. “I grew up thinking you were supposed to get involved. Community work let me be involved in things and know people I wouldn’t know otherwise. I’ve made friends who have really added to my life over the years.”

As a student, a legal career was not in her game plan. She confesses she had none. But when a lawyer she met at a wedding suggested she consider a paralegal program—actual women lawyers were rare in the 1970s—she mentioned the idea to her father. Phil Southerland, a banker, asked Archie Black, a lawyer with whom he did business, to consider hiring his daughter as a runner the summer before her senior year. Black agreed.

“I did a lot more than running,” she recalled. “He taught me how to do a real estate closing and check a title and at the end of the summer, he said, ‘you’re crazy to be a paralegal. Go to law school.’”

Ellefson took his advice and became one of 47 women in her class of 220. Early in her career she was an anomaly—“when I walked in the room people wanted to know who the lawyer was”—but those responses changed quickly over time. Her skills and volunteer work with the South Carolina Bar led to her election as its president during the 2015-16 year. Not surprisingly, she calls that job fun.

“I had the opportunity to attend national meetings with other bar presidents and see what others are doing that we could emulate. I’d hear people talk about best practices and know we are already doing those. Our South Carolina Bar is really a great bar. For a small state, we do really well.”

Ellefson and her husband Ted, a retired stockbroker, have twin daughters. Rebecca, who works for the Greenville Drive baseball team, declared 2016 “The Year of Anne” because her mother also received the My Carolina Alumni Association’s Algernon Sydney Sullivan Award at Homecoming. Daughter Anne Cooper Doherty, who graduated from the SCHC in 2006, lives in Sacramento. Her mother says the SCHC steered Anne Cooper to her true calling.

“When she got to school, she thought she wanted to be a doctor,” Ellefson explained. “Her Honors College adviser at orientation called the dean of admissions at the medical school and asked what one class she should take.”

That phone call heralded four years of careful one-on-one advising, leading Anne Cooper to change directions within her chemistry major. A course in sustainable resources in USC’s School of the Earth, Ocean, and Environment brought her to Prof. John L. Ferry in the Department of Chemistry and Biochemistry, who hired her to work in his lab. Later Ferry “hand-picked” the right graduate school—Stony Brook University—for her. Today, Anne Cooper is an environmental scientist with the California Department of Toxic Substances Control, helping implement that state’s legislation to regulate chemicals in consumer products.

“If she’d gone somewhere else, she would have gone to med school and might have been happy, but she has a passion for what she’s doing,” Ellefson reasoned. “I don’t think she would have identified that if she hadn’t been at the Honors College.”

Most recent concert: Adele. My daughter Anne Cooper got two tickets and had to explain to me how incredible that was.

Bad at: Lots of things. I’m a procrastinator.

For fun. Travel. We are fortunate to have property on the coast, near McClellanville.

Most people don’t know: I like to make pickles—artichoke relish and bread and butter pickles—and jelly. You get all this chaos and put it in order. And you get to chop and get your frustrations out.

Most vivid SCHC memory: Independent study with Dr. (Donald) Greiner. We studied Dickens and Joyce. He made me use my mind. Also, the party our professors gave us after our History, Film, and Literature of the Russian Revolution course. They served caviar.

Advice for today’s SCHC students: Make sure to take advantage of the opportunities. Don’t fail to reach out and grab everything you can get out of it.

Life lesson: I’ve learned how lucky I am to not only have had the education and career I have but the family and friends I have. I look around and see so many people who don’t have the good situations I have. I’ve learned to try to listen and learn from others and take advantage of opportunity to learn from them. 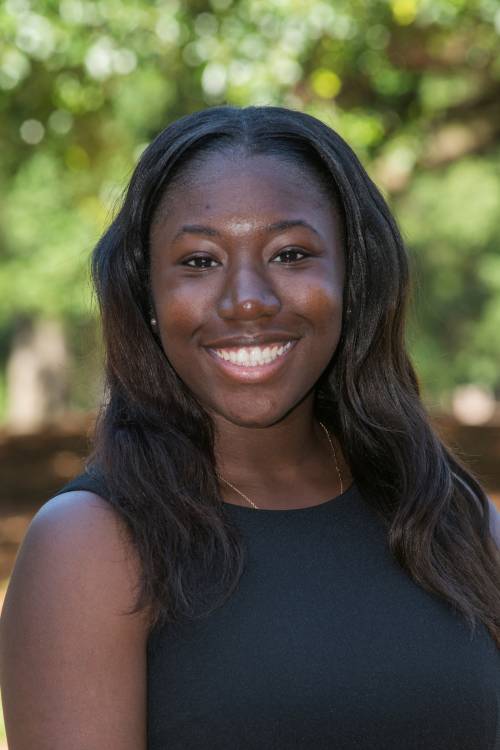 Honors College alum Tyler Singleton's passion is what has helped define her career.

Learn more about her >>