Big dreams are a way of life for Erin Galloway Hall. Some are specific: Raise no less than $1 million to expand a children’s shelter in Columbia. Others are grander, vaguer, never-ending: Keep South Carolina’s foster children safe, fed, housed, and then prepare them for higher education and adulthood. You might think she’s a social worker—and she’d thank you for that—but you’d be wrong. She’s a storyteller. And through her stories of children she’s helped directly and indirectly, she raised that $1 million. Now she’s focused on helping their families rebuild their lives.

“I don’t think most people know how hard kids’ lives are in foster care,” said Hall, ’96 Honors public relations. “The trauma these kids have been through is overwhelming, and would easily sink an adult.”

Hall used those stories when raising awareness and money for Palmetto Place Children’s Shelter, where she was executive director for five years. Over the course of two years, and with the help of The Winkler Group, a capital campaign consulting firm in Charleston, she beat the $1 million goal by $1.2 million. Those funds transformed an 1886 home that accommodated 20 children into one that accommodated 30—and included an open kitchen/dining room, space for conversations with case workers and Guardians ad Litem, improved space for staff, and a counseling room. For Hall, it was a heady accomplishment.

“You’ve got to be crazy to enjoy that level of fundraising, but I am that crazy,” she said.

A sign with “Dream Big” written in a gold heart was a gift from Chris Stowers, the consultant who guided her through their “Saving More Children” campaign. He delivered it the day Hall and others were moving into the new house.

“If you want to raise a million dollars and build a new home, you have to dream big,” he told her throughout the campaign. Hall took note of the methodology. “Because it’s overwhelming at first, you break it down in pieces, and watch the numbers go up until you hit one million,” she explained. “And then you celebrate it.”

Hall didn’t have too much time to celebrate. Several months after the residents at Palmetto Place moved into their new home, the Palmetto Association for Children and Families (PAFCAF) hired her to be their new chief executive officer. A PAFCAF board member, Hall resigned her seat to take the job. It meant saying goodbye to the children and teens she’d come to know and love, but it also meant working for big-picture change.

“I really like the opportunity to do public policy and legislative work, and I really love going around the state and seeing what our members are doing,” she said. She’s cheered by what she’s seen, particularly the number of foster children who are graduating from high school and going on to college. “That’s huge. What they’ve overcome is amazing.”

In operation since the late 1980s, PAFCAF supports the work of about 50 member organizations, including children’s homes, therapeutic and regular foster care homes, adoption agencies and resource providers. South Carolina has more than 4,200 children in foster care, a number that’s increased because of more poverty and better reporting, Hall said. South Carolina ranks third worst in the country for available foster beds between 2012 and 2017, according to the Chronicle for Social Change.

“We have a lot of work to do,” she said. “The system of child welfare is changing in South Carolina and nationally. We need to change with it and help our members make transitions as changes happen.”

“A lot of it boils down to poverty and a lack of education,” Hall says. “If you were raised in a household without good role models as parents, then where are you going to learn that? If you were raised by a single parent and you get married, no one teaches you how to make decisions with a partner or a spouse. Who is going to teach you age-appropriate discipline for your kids? What chores are appropriate for a 5-year-old or a 16-year-old? There’s no way to learn that except by seeing that and talking about it.”

The Strengthening Families program is working. “These are intact families who know they need help. They are sitting down to dinner as part of this program and coming back and asking for more.”

The daughter and sister of Peace Corps workers, Hall figures her proclivity for community service is genetic. She’s always happy to hear from Palmetto Place children; she’s shared Christmas dinner with some of them. One young man called not long ago, asking if she could guess why he chose to call her that particular day. She didn’t have to guess, she already knew. It was the one-year anniversary of the day he graduated from high school—a celebratory event for the son of a single mother with a heroin addiction. With the help of Hall and the house parents at Palmetto Place, he finished high school and moved to New York to be with family.

How’s he doing? Not too badly. “He’s working and saving for a car and looking at possibly going to a tech school,” Hall replied. “That will take some pushing. But I’m going to push.” 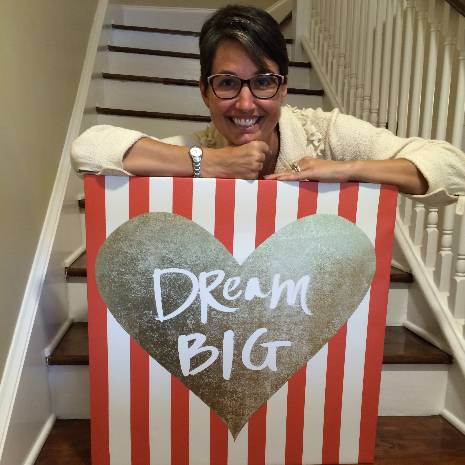 “I don’t think most people know how hard kids’ lives are in foster care,” said Hall. Hall used those stories when raising awareness and money for Palmetto Place Children’s Shelter, where she was executive director for five years. Over the course of two years, she beat the $1 million goal by $1.2 million.