When Mary-Bryant Charles’ Facebook notification popped up that she had been nominated for the Pushcart Prize, her first reaction was a combination of a scream and a squeal. As a first-year mass communications major, she is no stranger to the world of writing. But few can say they’ve been nominated for a literary prize before the end of their first semester of college.

The Pushcart Prize honors literary pieces published in small presses by nominating outstanding works and then publishing the winners in an anthology. Since its start in 1976, it has published thousands of new authors in its anthologies.

Mary-Bryant was nominated for her essay, “My Roommate, Ophelia,” which was first published by Rum Punch Press after she wrote it in high school. She wrote the essay about her former roommate Olivia, who dedicated herself to her role of Ophelia in their school’s production of “Hamlet.” The writing takes a thoughtful look at the reflection of Olivia’s life in her portrayal of Ophelia.

She attended the creative writing program at the Governor’s School for the Arts and Humanities and credits this the most with honing her skills in writing.

“There aren’t words for what [my teachers] mean to me,” she says. “Same goes for my department-mates. My work is also theirs, in a big way. It wouldn’t exist without their help and support.”

Long before receiving this honor, Mary-Bryant remembers coming home after elementary school and writing all afternoon until dinner time. She’s always been an avid reader, admiring authors such as Joan Didion, Karen Russell and Susan Orlean. This nomination has been especially meaningful because many of Mary-Bryant’s inspirations were once recipients of it.

She may just be starting her college career, but Mary-Bryant has big goals for her future. She plans to become a journalist, where she’ll use her ability to tell stories to educate the world.

“Anyone who knows me has heard me grandstand about how I think that storytelling is the most important thing in the world, and it is,” she says. “It's something we all have in common. It how we relate to one another, how we grow in empathy and knowledge and curiosity. Journalists put those stories to good use, to educate people. They are the eyes through which we see what we do not know or understand, and there is so much power in that. It's how I want to use stories to help people, if I can.” 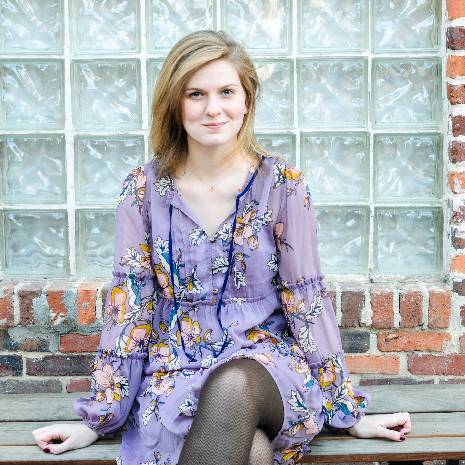 Mary-Bryant's essay, “My Roommate, Ophelia,” was nominated for The Pushcart Prize. The Pushcart Prize honors literary pieces published in small presses by nominating outstanding works and then publishing the winners in an anthology.