John Grant, ’75, retired in 2018 from the Virginia Tech Foundation, where he was the manager of investment operations in the office of investments and debt management.

Stacy Brandon, ’84, was named one of the 50 Most Influential People for 2019 by Greenville Business Magazine. She is Bank of America’s Upstate South Carolina market president and a senior relationship manager in the Global Commercial Bank.

Mark Langston, ’84, earned a doctorate in educational leadership from Nova Southeastern University. He is principal at The Academy in Broomfield, Colorado.

Ron Eaglin, ’85, coordinates the online engineering and technology department at Daytona State College. He runs ultra-runs, adventure races, mountain bike races and is working his way through the list of the world’s toughest trails.

Christie Companion Varnado, ’90, is serving a second term on the Federal Bar Association’s Board of Directors and a second term as chair of the Charleston County Board of Elections and Voter Registration.

Dane Secoy, ’91, is a relationship manager with Principal Financial Group in Georgia.

Leslie Gallagher Brunelli, ’91, is senior vice chancellor for business and financial affairs at the University of Denver.

Maria DeChellis, ’97, was selected for the sixth class of the Presidential Leadership Scholars Program,  focusing on water affordability programs.

Susan Butts Jackson, ’97, is laboratory director of the Analytical and Radiological Environmental Services division at  SCDHEC. She married Brandon Jackson, ’06, in 2016.

Crystal Barrett, ’00, established an oboe studio in Indianapolis where she is a freelance musician playing with various ensembles in Indiana and surrounding states.

Kenley Young, ’01, is an assigning editor for NerdWallet’s credit card division. He is based in Charleston, South Carolina.

Heather Janney Cooper, ’03, performed as an organ soloist with the Canton Symphony Orchestra in January.

Patrick Kelly, ’03, is serving a four-year term on the National Assessment Governing Board, appointed by U.S. Secretary of Education Betsy DeVos.

Steve Shuler, ’05, is senior writer at rockcityeats.com. In 2007, he won the Mid-America Emmy Award for Weekend News as a producer at KLRT Fox16 News in Little Rock, Arkansas.

William ‘Bill’ Vigen, ’06, joined the Department of Justice as a trial attorney in the Antitrust Division’s Washington Criminal II Section in September.

Rachael Renken Simmons, ’06, is managing director of global communications at FedEx. She joined the company in 2011.

Kenyatta Frazier, ’06, practices emergency medicine as a locum physician licensed in six states. He graduated from the University of Chicago in 2014.

Zach Ellard, ’06, works for a startup in the industrial inspection industry in Pittsburgh, Pennsylvania.

Thomas McDonald, ’07, is pursuing a doctorate degree in comparative literature at Stanford University.

Katie Newman Chambers, ’07, is a practicing psychiatrist, board certified in general psychiatry, child and adolescent psychiatry and forensic psychiatry.

Brooks Hearn, ’07, is vice president of membership for PRSA’s South Carolina chapter. In January, she was named Emerging Leader of the Year by the Greater Summerville/Dorchester County Chamber of Commerce.

Naomi Schmalz, ’08, is pursuing a doctorate degree in anatomy from Indiana University School of Medicine.

Sarah Barrett Garr, ’09, works as a medical science liaison in Washington, D.C., in the therapeutic area of neurology.

John Huang, ’09, is director of community growth for Jobcase, a social platform based in Boston, Massachusetts.

Maria Culbertson, ’10, is a senior recruiter at Greenhouse Software and previously built out the recruitment function at the New York Film Academy.

Adrianne Eby, ’11, earned an MBA at the Yale School of Management and works as a digital strategy consultant at IBM in New York City.

Kurtyss Kasten, ’11, is a pediatric travel nurse and volunteered in medical clinics for asylum seekers in Tijuana, Mexico.

Martha Morris, ’11, graduated from the University of North Carolina’s Kenan-Flagler Business School with a concentration in real estate and corporate finance. She works for Greystar Real Estate Partners in Charleston, South Carolina.

Ryan Benitez, ’12, is an associate actuary at Cheiron, Inc. in Charlotte, North Carolina, and is an Associate of the Society of Actuaries (ASA).

Chris Fedalei, ’12, is a public defender in Greenville, South Carolina. He co-hosts the podcast, Podmetto, focused on local and South Carolina politics.

Kelsey Woods Morgan, ’13, earned a Master of Public Health at UofSC in August 2019. Her practice is neurology-based with a concentration on acute stroke care and secondary prevention of stroke.

Meghan Green, ’14, is Republican senior counsel for the House Permanent Select Committee on Intelligence. She was one of seven lawyers representing the Republicans in the House of Representatives’ impeachment inquiry.

Clayton Pierce Owen, ’14, is vice president of research and publishing at SAPinsider in Massachusetts.

Jaya Wall Ruffin, ’14, graduated from the UofSC School of Medicine in May 2019. She is a first-year pediatric resident physician in Columbia, South Carolina.

Taylor Ryan, ’14, is an associate health and benefits consultant for Mercer, LLC, in Charlotte, North Carolina, working with employer groups and government entities.

Halle Geoghegan, ’15, is pursuing a  Doctorate of Physical Therapy at Emory University School of Medicine.

Chelsea Baltes, ’16, graduated from Georgetown University Law Center in May 2019 and is an associate with Nelson Mullins in Columbia.

Maggie Reade, ’16, is an operations analyst at Carvana in Phoenix, Arizona.

Catherine Buddin Miller, ’16, finished her service with the Peace Corps and is pursuing a certificate in international children, youth and families and master’s degree in public health from the University of Tennessee.

Ryan Geiser, ’17, is pursuing a doctorate at the University of Cambridge where he is a Gates Cambridge Scholar and Whitaker International Fellow.

Taylor Stegmann, ’17, is pursuing a law degree from Saint Louis University School of Law and is a clerk for a boutique family law firm.

Sarah Lavey, ’18, is a communications specialist in the store operations department at Bath and Body Works’ home office in Columbus, Ohio.

John Romanski, ’19, is the 5 o’clock news producer at WIS-TV in Columbia, South Carolina.

Blythe Vickery, ’19, is pursuing a master of science in communication sciences and disorders at UofSC  and is a research assistant in the Speech Perception Laboratory. 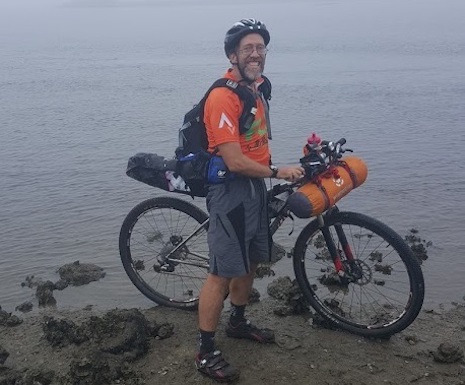 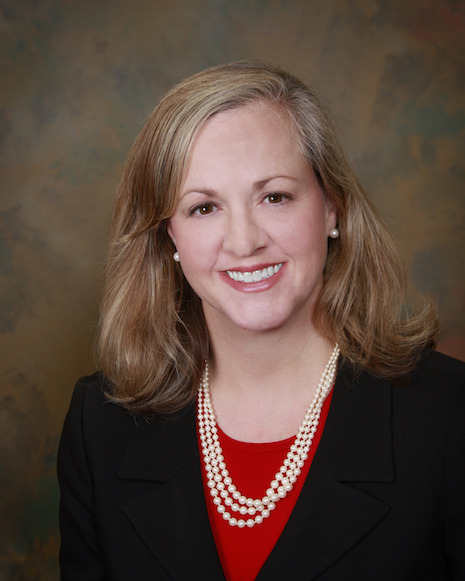 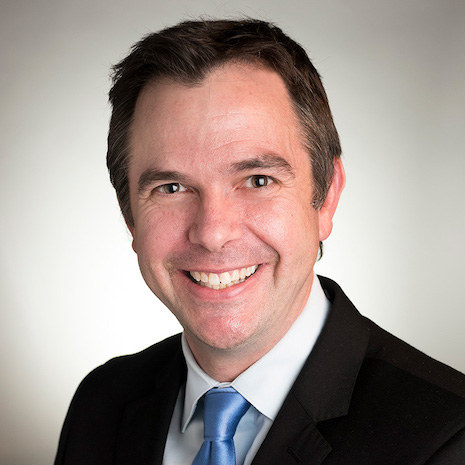 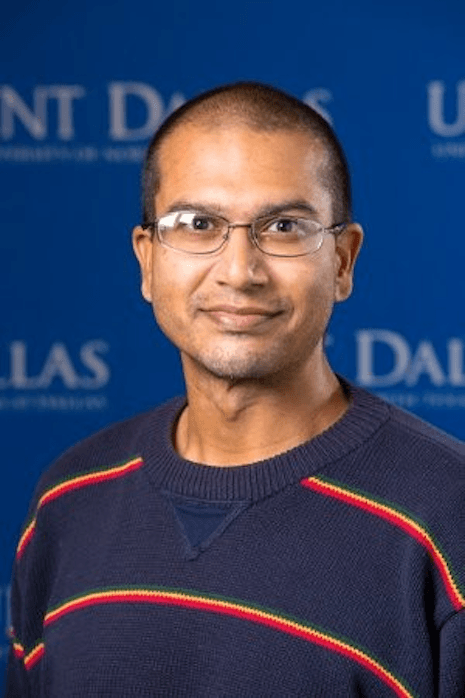 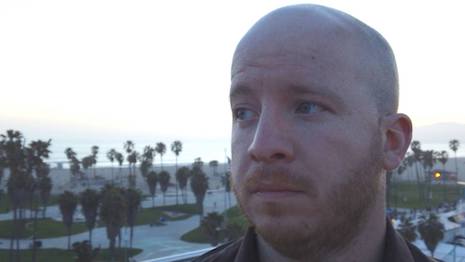 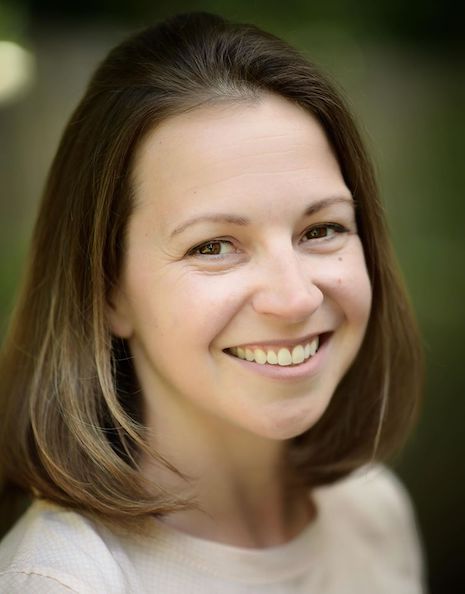 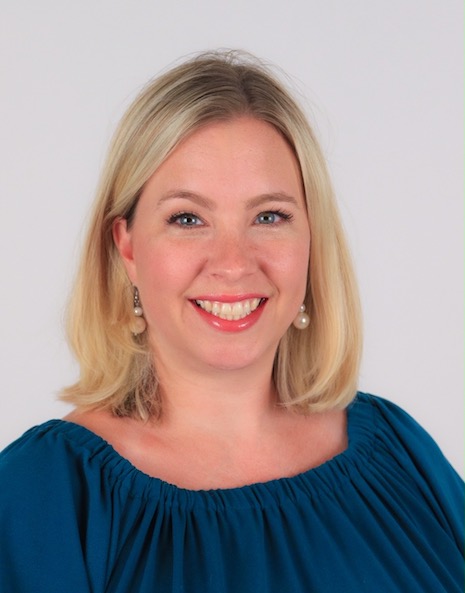 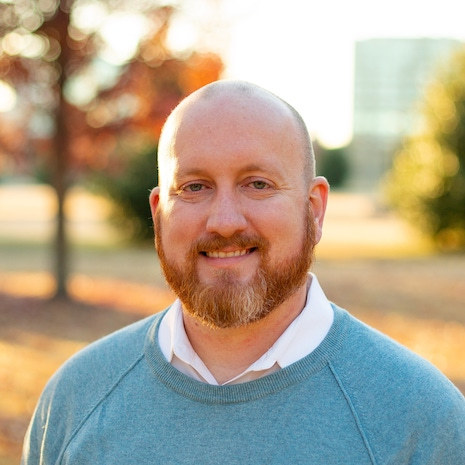 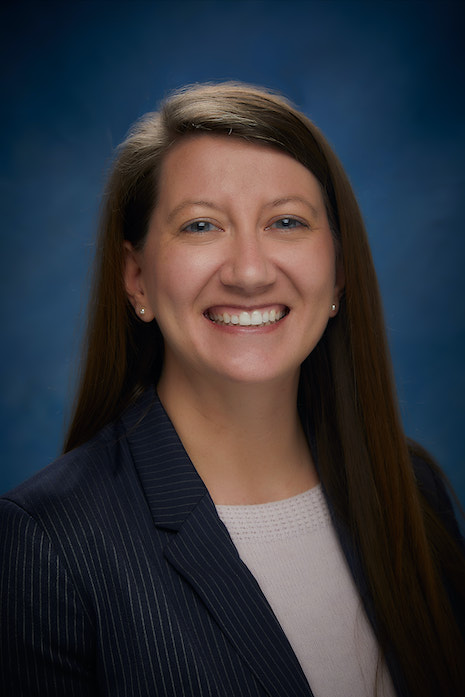 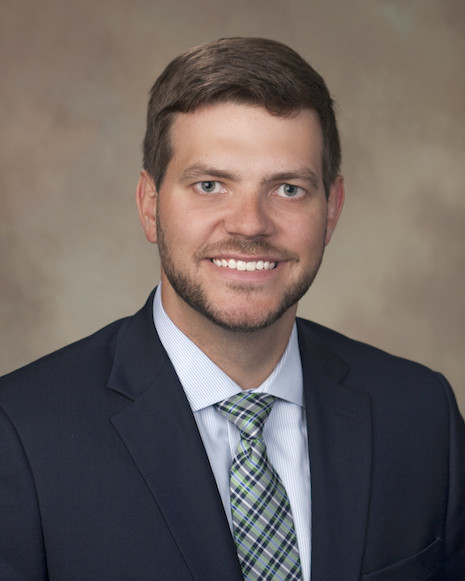 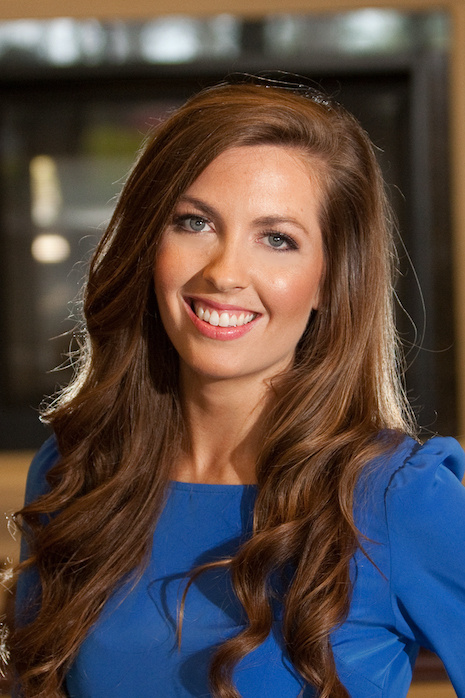 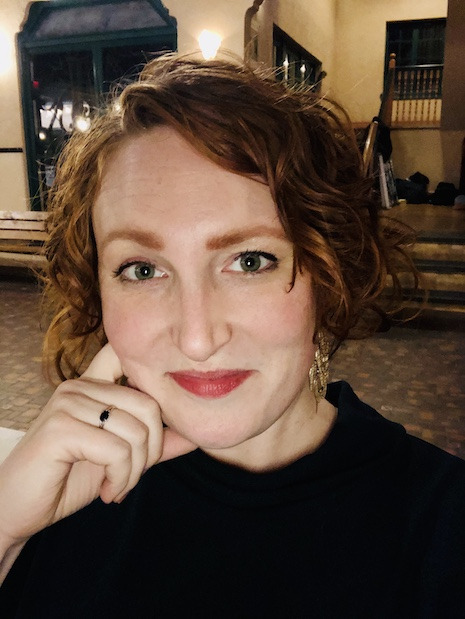 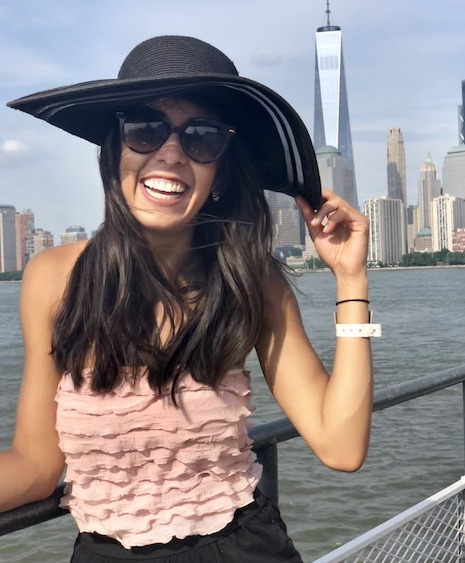 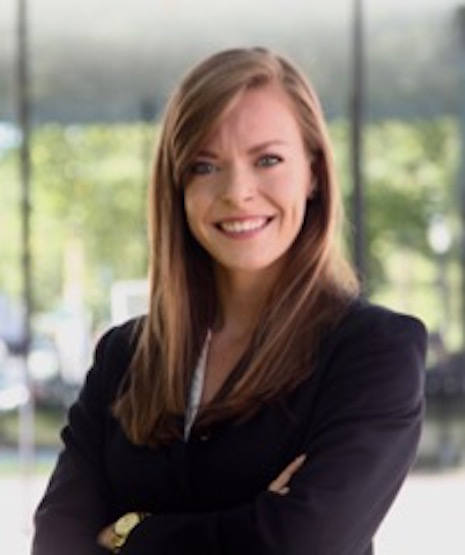 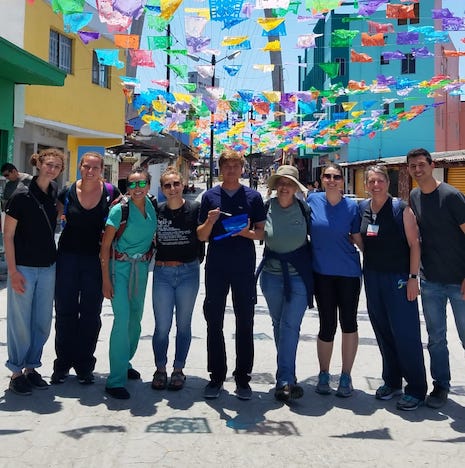 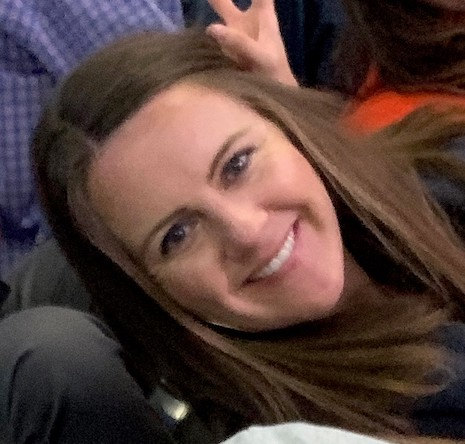 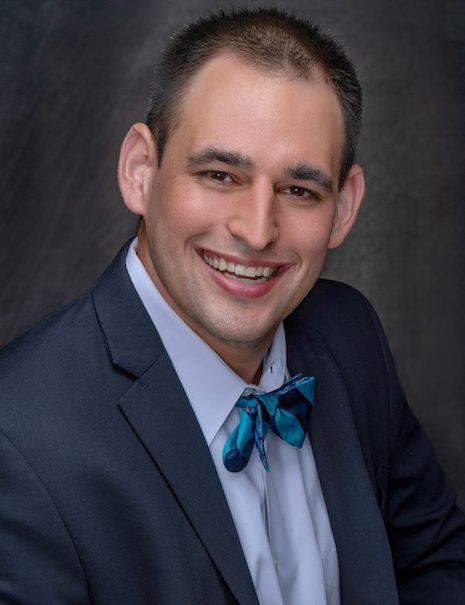 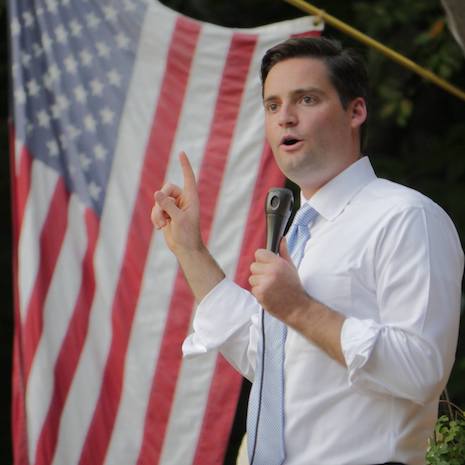 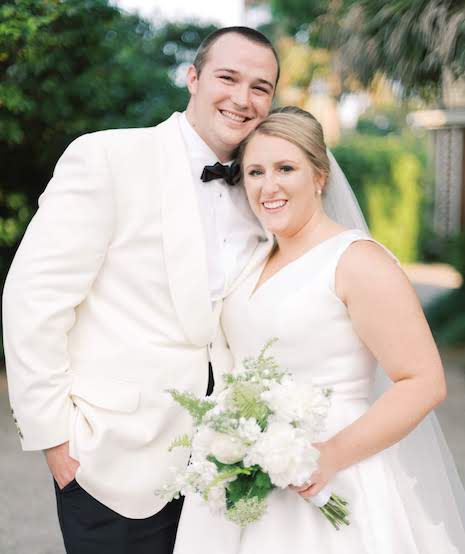 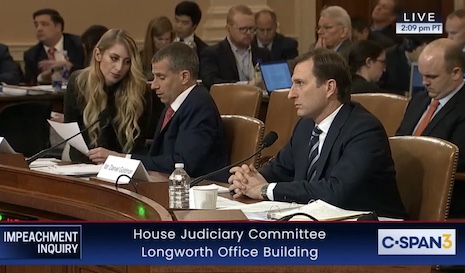 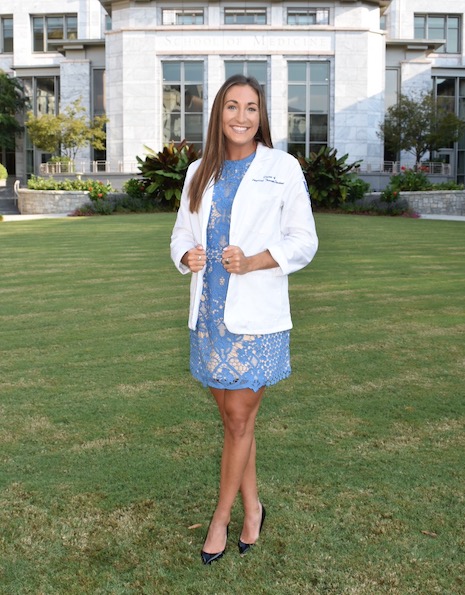 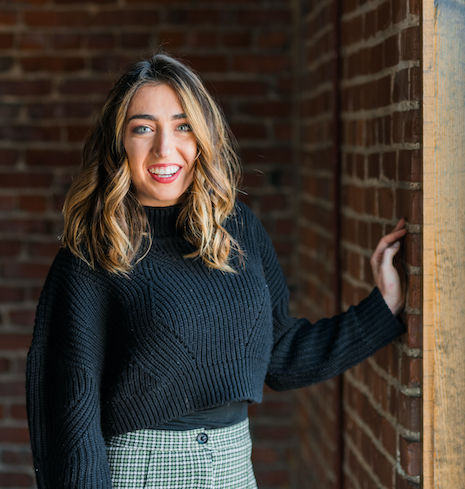 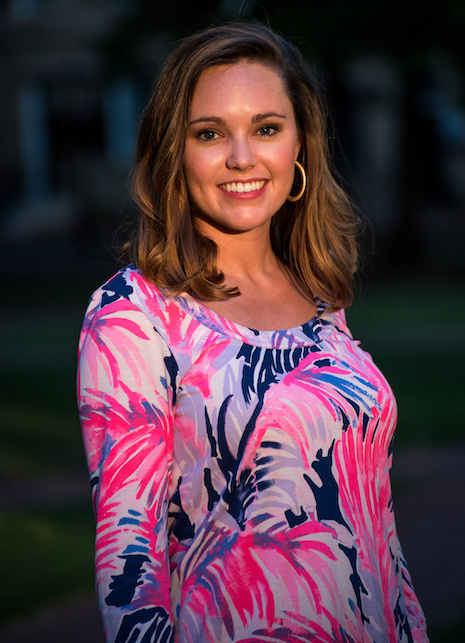 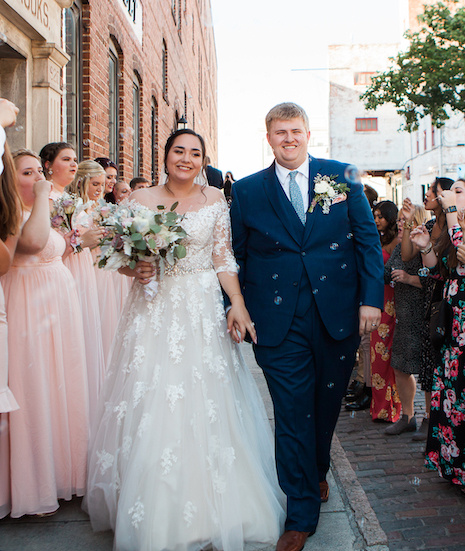 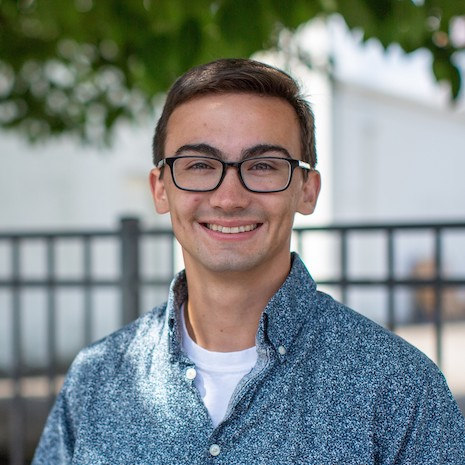 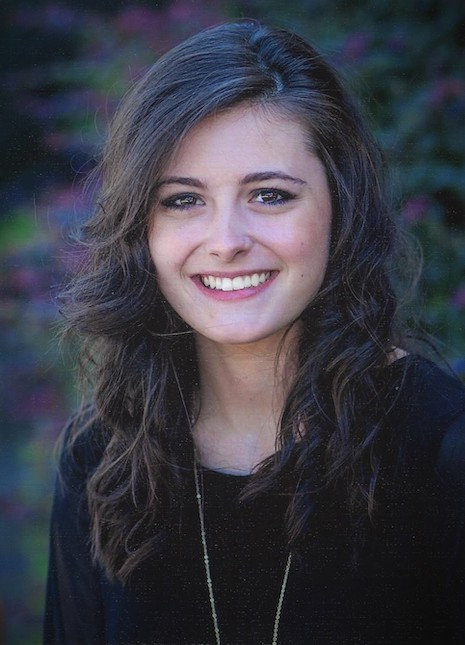