Two were outstanding business leaders; one was a committed scientist and professor. All three were devoted to their native South Carolina and its flagship university with a desire to help others through education. Recently their families made gifts to the Faculty Fellows program, allowing the college to support superb professors in their names.

“Faculty Fellows greatly enhance our student experience, and now we will be able to expand dramatically the program,” says Steven Lynn, dean of the Honors College. “The Fellows teach for us, direct senior theses, guide students toward research projects and directors, assist in recruiting, serve as our policy committee, advise the dean and more.”

Eddie Jones never had his father, Rudy Jones, for a professor, but he knew what he was like in the classroom. “Even-tempered, smart as a whip, able to explain ideas and theories so that anyone can understand. He was a lifelong teacher,” says Eddie Jones, ’85 international studies, ’87 MIBS

“That was his passion,” Eddie Jones says. “He really had a vested interest in students.”

That affection and respect for his father led Eddie Jones, a longtime Honors College Partnership Board member, and his wife, Tracy, ’88 USC media arts, to give a gift in his honor.

“Working at the university and being part of that community was always so important to him and my mother and our family,” Eddie Jones says, noting that his maternal great-grandfather was the first in their family to attend, in the 1890s.

“We’ve been close to the university for literally a century,” he says.

Though he passed away in January, a few months after his son and daughter-in-law made the gift, he knew the Rudy Jones Faculty Fellow would be teaching science courses in the South Carolina Honors College.

Sol Lourie: A mentor to so many

When young Sam Moses accompanied his grandfather to work, he saw more than the well-made suits and shoes that made Lourie’s a household name in South Carolina. He saw his grandfather, Solomon “Sol” Lourie, mentor countless Gamecocks on their rise from student to professional.

To honor Lourie, Moses and his mother, Larraine Lourie Moses, spearheaded his family’s gift to the Honors College. Moses’ wife, Kim, children, Harrison and Jake, and his parents, Larraine and Jeff Moses, have given the gift together.  The Sol Lourie Faculty Fellow will teach business courses.

Co-founder of Lourie’s, Inc., as well as its first president and chairman of the board, Lourie got his start at his parents' clothing business in his native St. George, South Carolina. While attending South Carolina, Lourie retuned to St. George to assist his mother in the store after his father fell ill and a few years later moved the business to Columbia, growing to six stores and nearly 100 employees.

“Growing up, I was often told by so many Lourie’s employees how special my grandfather was to them, especially what a mentor he was to so many fellow Gamecocks he hired to help him build the business. And it is that love for the university that drove us to establish this honor in his name,” said his grandson.

As his mother puts it, “he would be most proud to know that his family is honoring him through the establishment of the Sol Lourie Faculty Fellow.”

“He’d be whistling down the corridor or talking to himself before greeting you with a gracious smile,” says his daughter, Ellis Pearce of Greenville, South Carolina.

Recently Pearce made a gift to the South Carolina Honors College that would have made her father proud. The James T. Pearce Honors College Faculty Fellows Endowment will fund professors — JTP Fellows — to teach courses from accounting to women’s and gender studies.

A Columbia native who graduated from the university in 1942, Jim Pearce was big on generosity but not on bragging about it. The Greenville businessman and his wife, Kit, established the Carolina Scholar Endowment in 1996. By the time of his passing in 2015, it had funded 42 college educations for deserving South Carolina students. As of 2020, more than 50 Carolina Scholars can look to the Pearces with appreciation.

Likewise, his daughter would rather talk about his long friendships with university development staffers, particularly recently retired Chris Myers and presidents John Palms and Harris Pastides, than about her own gift.

“It is endearing to witness these long-lasting friendships surrounding the care of USC. The lucky part for me is that now I have some of those same USC friendships,” Ellis Pearce says.

What would her father say about the endowment bearing his initials?

“I think he would be pleased, especially knowing I’m giving forward in his honor to his beloved USC.” 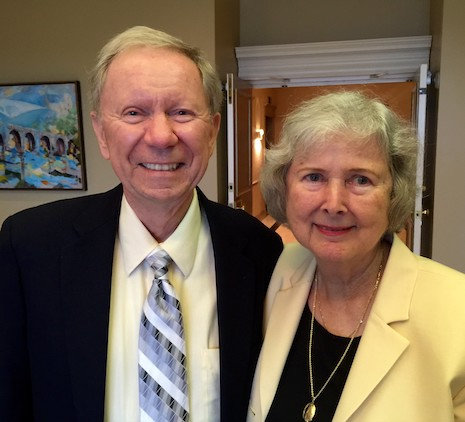 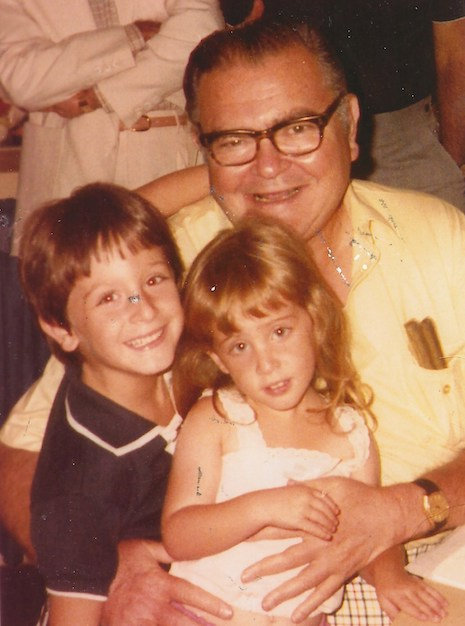 Sol Lourie with his grandchildren Sam and Heidi. 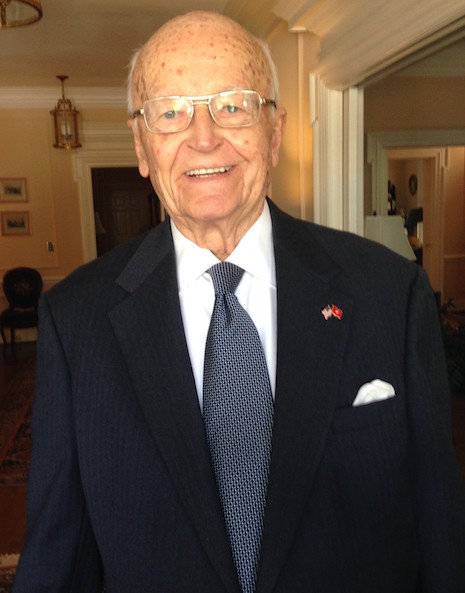