Waking up to rockets

Cole Shubert begins his day by powering up a rocket. That’s right, a rocket. For Shubert, a 2019 South Carolina Honors College graduate, working as a SpaceX test operations engineer in Waco, TX is as exciting as it sounds.

“My favorite part is just being able to work with rockets,” the Charleston native said. “I never thought I would be able to do that.”

Shubert has been applying his mechanical engineering degree since he joined SpaceX one year ago. Besides a few Space Force missions, he’s worked on the two crewed missions SpaceX has launched so far. He’s also worked on the teams that test the rockets that helped take people to the space station from United States soil for the first time in 11 years.

Moments of surreal wonder are easy to come by working with rockets. For Shubert, the most noteworthy was the May 2020 launch of Demo-2, the first crewed test flight of the Crew Dragon spacecraft. Watching the capsule launch successfully into space, all he could think to say to his colleagues was, “Whoa, we did it.”

He credits his ability to handle such responsibilities to his time at the University of South Carolina, the real-world approach of the College of Engineering and Computing’s curriculum and the support system and guidance provided by the Honors College. Shubert admits he wishes he could tell his freshman self to use the SCHC’s resources and support sooner than he did.

The idea that students should learn outside the classroom for a well-rounded experience is a tenet of the Honors College. Shubert’s Beyond the Classroom experiences were instrumental in guiding his career path. His internships taught him what he did not want to do, lessons he says are perhaps more valuable than the contrary. Those internships taught him what it was like to work a real job with very real responsibilities, an invaluable experience as a college student.

Though Shubert applied to SpaceX “on a whim,” he believes in the importance of its mission. He would like to see space become more accessible to everyone. SpaceX recently announced it will send four civilians into space in September, one way the company is working to overcome the common thinking that rocket exploration is scary. Shubert emphasizes the need for education to show space science is a thrilling field of discovery.

As for his future, Shubert plans to stay in the aerospace industry – working at SpaceX and moving into a leadership role eventually.

“I like working on rockets,” he said. “I like having the responsibility of the hardware of the rocket and being able to control that every day. It’s fun, and it’s exciting every day.” 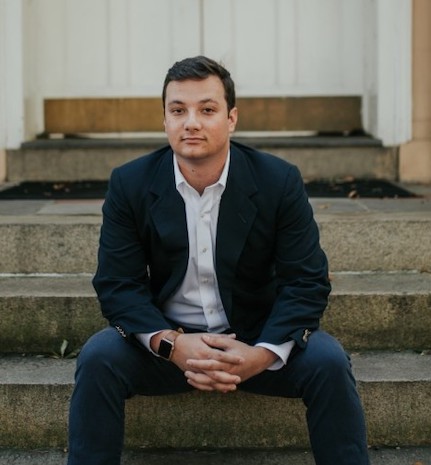 Cole Shubert ’19 was an engineering major and Carolina Scholar during his time in the South Carolina Honors College. As a SpaceX engineer just beginning his career, he knows how fortunate he is to have found himself living out his dream. "It’s exciting every day."