Researchers discover recent and remote long-term memories can be uncoupled

The findings, which were recently published in Current Biology, challenge current theories of learning and memory and have wide-reaching therapeutic implications for age-related cognitive decline and memory loss related to neuropsychiatric conditions.

Kelly, an associate professor in the Department of Pharmacology, Physiology and Neuroscience, was the first to discover PDE11A4 (Phosphodiesterase 11A4) is produced in the hippocampal region of the brain. Her team originally discovered that deletion of PDE11 results in a complete loss of recent long-term memory for social experiences. However, additional research proved remote long-term memory for those same social experiences is preserved or even strengthened.

PDE11A4 increases with age, so the team hypothesizes that blunting PDE11A4 production could protect remote long-term memory from age-related cognitive decline. These findings lay the groundwork to develop treatments not only for memory loss related to aging, but also transient global amnesia, epilepsy and traumatic brain injury.

“Right now, there are no drugs that can help retain or retrieve memories that are lost due to aging or neurological diseases, such as Alzheimer’s Disease,” Kelly says. “Our research suggests PDE11 inhibitors may be an option for protecting long-term memory in certain populations.”

Kelly’s team plans to look at how PDE11A4 may interact with the role stress plays in the process of memory creation and retrieval to see if the loss of recent long-term memories caused by PDE11A4 deletion could be mitigated.

The research was published online by Current Biology on July 11 in a paper titled “Loss of Function of Phosphodiesterase 11A4 Shows that Recent and Remote Long-Term Memories Can be Uncoupled.” 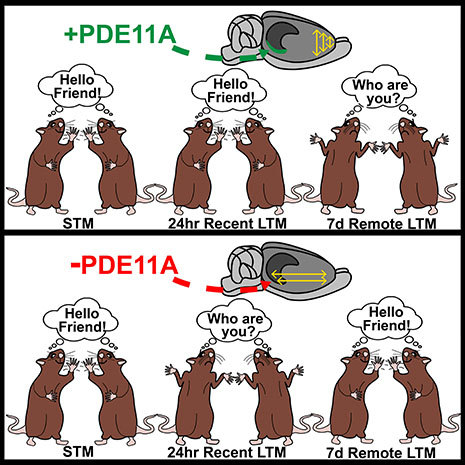 A paper by Michy Kelly, Ph.D., and her team was published online by Current Biology on July 11. The paper is titled “Loss of Function of Phosphodiesterase 11A4 Shows that Recent and Remote Long-Term Memories Can be Uncoupled.” 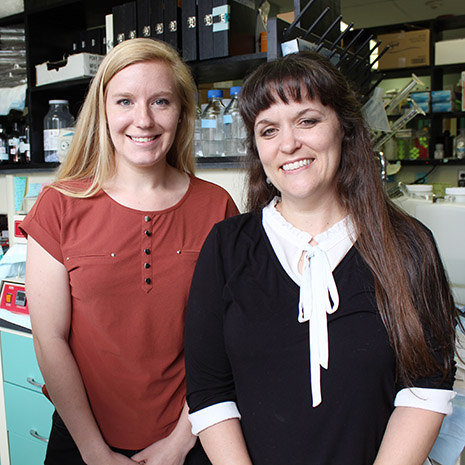