Jennifer Erichsen, a doctoral student in the Department of Pharmacology, Physiology and Neuroscience at the University of South Carolina School of Medicine Columbia, has received a prestigious National Institutes of Health (NIH) F31 award to further her research on the effects of insulin on the brain.

Erichsen is co-mentored by Jim Fadel, Ph.D. and Lawrence  Reagan, Ph.D., and, both professors of pharmacology, physiology and neuroscience. The team’s research focuses on age-related cognitive decline. Specifically, Erichsen is studying the use of intranasal insulin to treat cognitive disease.

“One of the most dreaded aspects of growing older is losing cognition. Every time I tell someone about my research, they say my ‘x’ is dealing what that,” Erichsen says. “I’m hopeful the work we are doing will help find a cure.”

Administering insulin as an intranasal spray has been studied for the past several decades, and has shown positive effects on cognition and memory in animals, and more importantly in patients with dementia. However, the way it works is largely unknown. Erichsen’s research focuses on identifying the underlying mechanism that controls the process. She also plans to investigate the effects of different dosages to identify which course of treatment is most effective.

Erichsen is the inaugural recipient of The John D. and Patricia L. Beckler Fellowship in Alzheimer’s and Cognitive Diseases, which was established by Patricia Beckler in memory of her husband John who passed away in 2010 following a battle with Alzheimer’s disease. The fellowship provides stipend support for a neuroscience doctoral candidate to study the mechanistic basis of age-related cognitive decline.

“Receiving the fellowship and working with Mrs. Beckler has shown me how deeply cognitive disease can impact a family. I also keep that in mind as I conduct my research,” Erichsen says. “The funding was also a stepping stone to receiving my F31 award. I was able to show we already had some monetary support and some research behind us.”

Fadel says one of the best parts of the gift Beckler made to the School of Medicine is that it will support not only their research, but also the creation of a new Ph.D. in the field.

“By supporting the training of a new Ph.D. scientist who’s got a career interest in aging and cognitive decline, it’s also going to have a multiplier effect by supporting the development of that career downstream,” Fadel says.

Erichsen hopes to continue her research in a faculty position after she completes her doctoral degree. 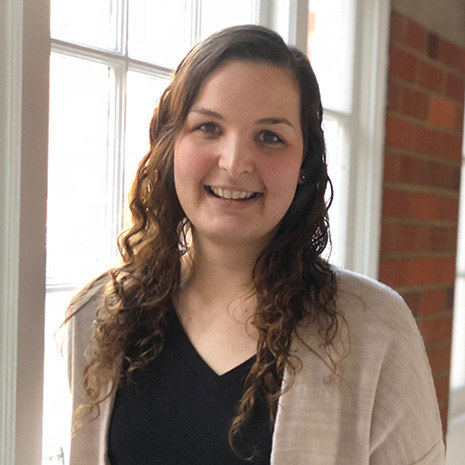 Jennifer Erichsen, a doctoral student in the Department of Pharmacology, Physiology and Neuroscience, has received a prestigious National Institutes of Health (NIH) F31 award to further her research on the effects of insulin on the brain.