The 1960s television medical drama “Dr. Kildare” told the story of a medical intern as he tried to maneuver through life as a young physician, trying to help his patients and seeking the approval of his mentor. That show, coupled with his original interest in veterinary medicine, led Robert Mallin to seek out a career in medicine.

Mallin, who was born in Brooklyn, New York and later moved to Long Island, N.Y., completed two years of college at State University of New York (SUNY) before joining the U.S. Navy, where he was stationed on the USS Yellowstone in Charleston, South Carolina. After his tour of duty, Mallin attended the University of South Carolina, earning a bachelor’s degree in anthropology.

“I had worked for a vet in high school,” he recalls, “and then later as a surgical tech in the Navy. That is when my sense of what I wanted to do changed from animal medicine to human medicine.”

As Mallin was considering where to apply to medical school, he recalled a conversation with a surgeon who had mentioned that he had attended a new medical school when he first entered medicine - Duke University School of Medicine. Mallin was intrigued that UofSC was launching a new program, and he knew some of the physicians who would be serving as faculty for the fledgling program.

“It turned out to be the right place for me,” he says. “If I had had the opportunity to go to another school, given what I know about it, I still would have chosen UofSC’s School of Medicine.”

“Because I had been a surgical tech in the Navy, I thought I would be a surgeon,” he says, “but during rotations, I liked all of it and could not imagine giving up any one part of medicine, so I decided to be a generalist rather than a specialist.”

Mallin recognized that he also had a passion for sharing knowledge with students and joined the faculty for the School of Medicine, teaching from 1983- 2001. During that time, he was named Teacher of the Year and Outstanding Faculty of the Year.

“I was so gratified by the residents and faculty that I worked with as a medical student that it was an easy decision to continue in medical education and give back,” Mallin says.

He continued his teaching career at other medical programs and is now provost for the American University of Antigua in New York, NY, where he also served as dean of Medical Education as well as executive dean and vice president for Academic Affairs.

Mallin recognized after graduating from the UofSC School of Medicine Columbia that he and his classmates were part of a unique opportunity.

“I had delivered 30 babies as a medical student,” he says, “and as I met other residents, I saw that they did not have those same kinds of opportunities. There were 24 of us, and we were able to see greater numbers of patients, our faculty were focused on us, and we received the kind of training that students at other schools did not get.

“I enjoy being able to give my students what I received from my teachers – an opportunity to learn how to take care of patients by actually taking care of patients,” he adds. “That was something I was able to take with me in my own experiences as a teacher.” 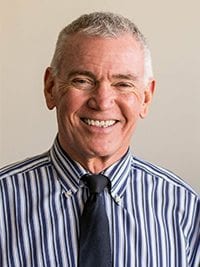 “It turned out to be the right place for me,” he says. “If I had had the opportunity to go to another school, given what I know about it, I still would have chosen UofSC’s School of Medicine.”