There were few options available to attend medical school in the mid- ‘70s, but Randy Suarez was determined to pursue his lifelong dream of a career in medicine. It was fortuitous for him that the University of South Carolina Columbia was developing a new medical school at the same time he was completing his undergraduate degree in biology from Presbyterian College in Clinton, South Carolina.

“All I wanted to do since I can remember was to go to medical school,” he says.

He and his wife were preparing to move to Columbia once he was accepted into the inaugural class, then came the news that there would be a delay.

“It was such an exciting time when I was accepted,” Suarez recalls. “Then we got the good news that the program received accreditation along with the not so good news that we would have to wait a year before we could start classes.”

They made their move to Columbia anyway and bade their time until classes began in 1977.

“Even then there was talk of starting over with the admissions process,” he says, “but in the end it worked out.”

Suarez remembers those first years of medical school were challenging, and all the students felt a great deal of anxiety.

“We were the first students, so we didn’t have the ability to reach out to those who had come before,” he says. “We didn’t have anyone to tell us what to expect.”

On the flip side, Suarez says being part of the first class provided other opportunities that helped them advance their skills.

“When we started our rotations, we were by ourselves. My first rotation was in OB-GYN and each of us on the rotation delivered at least 15 babies,” he says. “Typically, med students stand back and watch, but we were right in the middle of everything.”

Suarez also remembers the opportunity to round with the dean of the School of Medicine, J. O’Neal Humphries, M.D.

“I was on an internal medicine rotation at the VA,” he says, “and Dr. Humphries did rounds with me. How many students get that opportunity to be taught by the dean?”

Suarez then headed to residency at the then Richland Memorial Hospital, now Prisma Health Richland.

While in residency, Suarez had the opportunity to train under Emmett M. Lunceford, Jr., M.D., a renowned orthopedic surgeon, known for developing a new type of artificial hip joint. Lunceford also served as the team physician for the University of South Carolina Men’s Basketball team.

Sadly, Lunceford died along with two others in 1985 when the plane he was piloting on a return flight home from a basketball game in Cincinnati, Ohio, crashed in Johnson City, Tennessee.

“Dr. Lunceford had asked me to go to that game with him,” Suarez says. “I couldn’t’ because I was on call that night. That was a difficult time.”

Suarez also fondly recalls Edward Kimbrough, III, M.D., who served as chair for the Department of Orthopedics for the School of Medicine and was named a professor emeritus.

“He was a thoughtful and talented attending,” Suarez says. “He left his practice and became head of our residency program and saved our survival as a program. A true gentleman and physician.”

Following residency, Suarez joined a small practice in Greer, South Carolina, where he worked for several years. He was then recruited to join Lexington Medical Center, which was developing their first hospital-based orthopedic physician practice. Suarez practiced at Lexington Orthopedics for 12 years before retiring.

In 2015, Suarez was diagnosed with a sarcoma in his left shoulder. Following surgery, treatment, and a complete recovery, he and his wife returned to Greer.

He still keeps in touch with a few of his classmates.

“Dwight Reynolds and I get together every few months, although COVID put a damper on that,” he says. “I am fortunate that I exercise regularly, play golf and tennis, despite COVID. We’re not back to normal yet, but we’re headed there with the vaccine. I am blessed beyond belief.”

What advice does Suarez have for today’s medical students?

“Take time for yourself and those who love you. When I was a medical student, the expectation was to do everything you have to do to move ahead – no excuses,” he says. “It’s easy to lose track of what you need to do for yourself. Don’t let your health suffer and remember those who are on this journey with you.”

Suarez is extremely proud to be a member of the first graduating class from the School of Medicine.

“I’m proud of the quality of the physicians who came out of our class,” he says. “It was a difficult time but a special group of people. We proved that through our performances in internships and residencies. Our education was as good as or even better than most schools, in part because of the hands-on education that we received.” 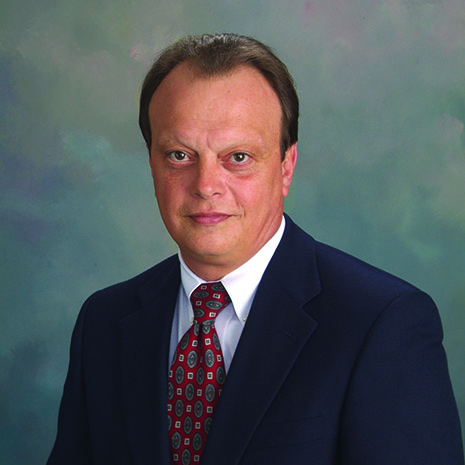 “I’m proud of the quality of the physicians who came out of our class. It was a difficult time but a special group of people. We proved that through our performances in internships and residencies. Our education was as good as or even better than most schools, in part because of the hands-on education that we received," says Randall Suarez, a member of the School of Medicine's first graduating class.