Richard Hoppmann, MD, FACP, FAIUM, the founder and past director of the groundbreaking Ultrasound Institute and former dean at the University of South Carolina School of Medicine Columbia, was honored by the Association of American Medical Colleges (AAMC) as a recipient of the prestigious Alpha Omega Alpha Robert J. Glaser Distinguished Teacher Award. The Robert J. Glaser Distinguished Teacher Awards were established by the AΩA medical honor society in 1988 to recognize faculty members who have distinguished themselves in medical student education. The award is named for longtime AΩA executive secretary Robert J. Glaser, MD.

A clinical professor of medicine and rheumatologist by training, in 2006, Dr. Hoppmann introduced an integrated ultrasound curriculum across all four years of medical school and the Ultrasound Institute was founded. The School of Medicine Columbia became the first university in the country to integrate ultrasound technology throughout a four-year medical curriculum. Since then, the Institute has worked with its partners to create curricula, test new technologies and encourage medical providers around the world to use ultrasound technology in ways that improve the quality of patient care.

Over the 16 years since Dr. Hoppmann founded the Ultrasound Institute, it has grown to international prominence. Dr. Hoppmann has given more than 20 national and 25 international presentations across Europe, Asia, and South America. He has mentored multiple medical students who have gone on to become experts in ultrasound education and has consulted with medical schools on developing their own ultrasound curricula, most notably at the University of Nicosia in Cyprus, Paris Diderot University in France, and the University of Leeds in the U.K.

Since 1994, Dr. Hoppmann’s students have honored him six times as Teacher of the Year, and he has been selected many times as a String of Pearls speaker to dispense some of the many pearls of wisdom he has gained throughout his distinguished career. He also founded the Society of Ultrasound in Medical Education and served as the organization’s first president. 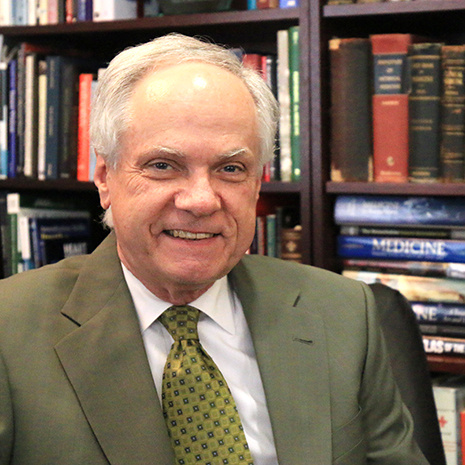 The 2022 AAMC awardees were recognized during a virtual awards ceremony on October 26.