When the blue lights of a law enforcement vehicle flash in the rearview mirror, most drivers have a universal response, pulling over to the side of the road and waiting for the officer.

But what happens next is not a universal experience for everyone, says Kelsey Shoub, an assistant professor of political science at the University of South Carolina and one of three co-authors of Suspect Citizens: What 20 Million Traffic Stops Tell Us About Policing and Race (Cambridge University Press, 2018). 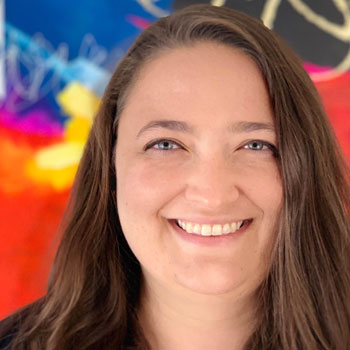 The book takes a deep dive into the official data behind 14 years of traffic stops that occurred through 2016 in the state of North Carolina. The legislature there mandated the collection of routine traffic stop statistics — including race, age and gender of drivers and outcomes of the stops — in an effort to confirm or refute widespread opinion about disparate treatment of drivers based on race. The book’s findings are especially relevant in light of ongoing civil unrest over negative police interactions with African Americans.

“For me, there are a few big takeaways from the data, and the first two are probably not surprising,” says Shoub, who joined the university in fall 2019 and worked on the book while completing her doctoral degree at the University of North Carolina-Chapel Hill.

“The first is that ‘driving while black’ is very much a thing; it’s everywhere and it’s not just a North Carolina or a Southern problem but across the United States,” Shoub says. “The second thing is that it appears to be more systemic than a few ‘bad apple’ officers engaged in racial profiling.”

Significant findings from Shoub’s and her colleagues’ analysis of the North Carolina dataset include:

“So, black drivers were stopped disproportionately more than white drivers compared to the local population and were at least twice as likely to be searched, but they were slightly less likely to get a ticket,” Shoub says. “That correlates with the idea that black drivers were stopped on the pretext of having done something wrong, and when the officer doesn’t see in the car what he thought he might, he tells them to go on their way.”

For a separate paper entitled “Racial Disparities in Traffic Stop Outcomes,” Shoub and her co-authors gathered and analyzed traffic stop data from law enforcement agencies in 16 states, including Connecticut, Illinois, Maryland, Ohio and Vermont that pointed to similar disparities in the rate at which black drivers were stopped and searched compared to white drivers.

‘Driving while black’ is very much a thing; it’s everywhere and it’s not just a North Carolina or a Southern problem but across the United States.

Over time, singling out one race more often for traffic stops and searches erodes community trust in law enforcement and alienates citizens, Shoub says. But the book also highlights an example of one law enforcement agency that rebuilt trust in a community. Shoub points to Fayetteville, N.C., a city in which community-police relations had degraded considerably until a new police chief worked with rather than against the city council to require written driver consent of vehicle searches for consent searches during traffic stops.

“What happened was the number of searches went down, and the community started calling the police more about problems in their neighborhoods. It was a sign that trust was being rebuilt.”

Shoub has recently co-authored a working paper about the gender of law enforcement officers and traffic stop searches. Female officers, she says, are less likely than their male counterparts to conduct a search, but the women are much more likely to find contraband as a result of their searches.

“So much so that the amount of contraband they find almost rivals the amount found by male officers who are conducting far more searches,” Shoub says.

Shoub’s broad research interests are focused on policy change and applying computational methods to policy problems. Her current book project looks at how discourse affects policy change, and she is continuing to conduct research on traffic stops by law enforcement.