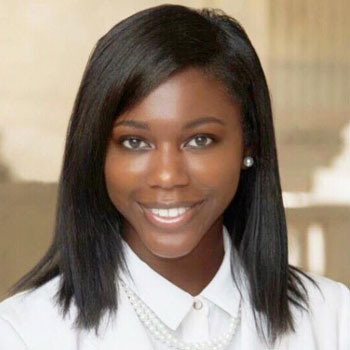 “I had mixed emotions when I heard about the settlement,” says Caruthers, a second-year law student from Greenville. “Part of me felt very happy that the Taylor family would be compensated for this tragedy, but another part felt sad. I think when the cameras are off and the world keeps moving, the Taylor family will still be missing their girl. You can’t place a price tag on someone’s life, and I’m sure they’d rather have her.”

The city of Louisville, Kentucky, agreed Sept. 15 to pay $12 million to Taylor’s family and institute sweeping police reforms in the historic settlement. The settlement comes more than six months after Louisville Metro Police officers broke down the door to Taylor's apartment and fatally shot the 26-year-old EMT while executing a late-night, no-knock warrant in a botched narcotics investigation. The shooting  led to months of protests in Louisville and across the country.

Caruthers and Parham are graduate research assistants for professor Colin Miller. Both received their undergraduate degrees at South Carolina — Caruthers in business management and marketing in the Darla Moore School of Business and Parham in criminology and criminal justice in the College of Arts and Sciences. The three collaborated with the Taylor family's legal team on research into how no-knock warrants disproportionately impact people of color and cause harm to civilians and police officers. They also reviewed case law from around the country concerning shootings connected to no-knock warrants and whether they led to jury verdicts in favor of victims' families. 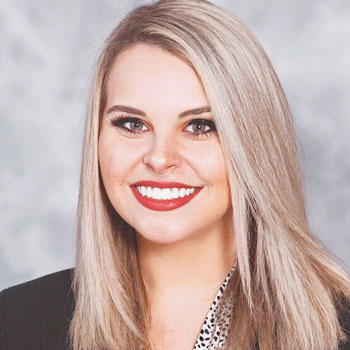 “We learned no-knock warrants are often abused, and often the police do not even find what they had been looking for — usually drugs or weapons detailed in the warrant,” says Parham, a third-year law student from Greer, South Carolina. “No-knock warrants disproportionately endanger marginalized communities and unfairly put Black and brown lives in peril. “

The UofSC team became involved in the case in mid-May after Miller reached out to the Taylors’ legal team to offer pro bono assistance. Their work spanned a couple of months.

“Professor Miller and his students committed an extraordinary amount of time, research and dedication toward getting justice for Breonna Taylor’s family on their civil case,” says Sam Aguiar, co-counsel for the Estate of Breonna Taylor. “We could not be more thankful for their incredible research. These students were so talented, and their work was relied upon heavily in seeking civil justice.”

Miller says the experience provided Caruthers and Parham an opportunity to learn the importance of legal research in representing their clients and proving claims. 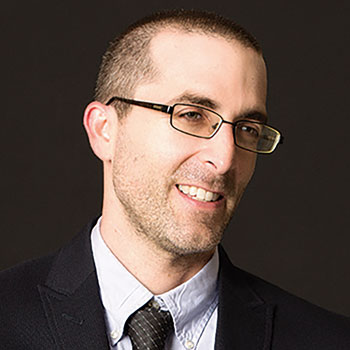 After completing their work on the Taylor case, the UofSC research team came away with the belief that police reform, a ban on no-knock warrants, better oversight and more accessible information are needed. Since Taylor’s death, the Louisville City Council passed "Breonna's Law," which bans no-knock search warrants. There is also legislation in Congress and many states, including Kentucky and Virginia, that would ban no-knock warrants.

Caruthers and Parham were hoping the officers involved would be held criminally responsible. On Sept. 23, a Kentucky grand jury indicted former Louisville police officer, Brett Hankison (who was fired in June) on three counts of wanton endangerment. The other two officers involved were not charged.

“Civil actions are important in bringing about some closure to the family — although no amount of money can replace the love of a family member — but the officers who killed Breonna Taylor need to be held criminally responsible,” Parham says.

For the students, the opportunity to work on the Taylor family’s civil suit was rewarding, but it also increased their awareness of institutional racism and the injustices, prejudices and flaws that exist within the justice system. Both say they will carry the experience into their future careers and apply it as members of the law community to advocate for anti-racism and police reform.

“As a Black woman, I kept thinking about how this could have been me, been one of my sisters, been my mom,” Caruthers says. “I didn’t want Breonna to just be another name. So often Black lives are swept under the rug when subjected to police violence. People who look like me are killed, in senseless ways, and their killers are often allowed to avoid responsibility. I didn’t want Breonna’s family to be robbed of the justice they so deserved. I will forever remember her name.”