Jorge Crichigno knows a thing or two about high-speed networks. In fact, the University of South Carolina associate professor of integrated information technology helps build them, test them and improve them for use worldwide — all from his home base at the university’s College of Engineering and Computing.

That is, if a cloud-based network with nodes in three states and users at institutions around the country can really even have a “home base.”

One of Crichigno’s biggest contributions to date has been his role in developing the Academic Cloud, a virtual lab platform to give students in information technology and other majors hands-on experience studying the processes and protocols of high-speed networks.

Developed in partnership with the Network Developing Group and a college in North Carolina, the Academic Cloud is well-suited to remote education. It simulates the conditions of larger networks in the real world while providing educational opportunities beyond what’s possible in the physical lab.

“It’s essential to learn the theory, but you need a playground where you can strengthen everything that you have learned,” Crichigno explains. “This is important in IT especially, because only hands-on experiments can provide complete insight into the subtleties and appreciation of how technologies operate in practice.”

Launched on the University of South Carolina campus with NSF funding in 2018, the same year Crichigno joined the College of Engineering and Computing, the Academic Cloud expanded with a subsequent award from the Office of Naval Research in 2019. Since then, it has quickly attracted national interest, expanding to include additional nodes in North Carolina and Illinois.

And just what kind of experiments are students running in this virtual playground? Crichigno points to one of his own areas of expertise, cyber security. If a learner wants to test communication protocols during an emulated cyberattack, for example, the system simply recreates realistic scenarios and devices, which generate real traffic and cyberattacks. The learner can control the scenario and devices and evaluate the results.

“The nice thing is that this is all done within a safe compartment,” he says. “We’re not going to disrupt the campus network or traffic on the real internet.”

Crichigno’s virtual playground is also scalable. If instructors have 100 students, they can create 100 labs; if they have 1,000, they can create 1,000 — and everyone works simultaneously, which is another reason the Academic Cloud has been widely adopted.

It’s essential to learn the theory, but you need a playground where you can strengthen everything that you have learned. This is important in IT especially, because only hands-on experiments can provide complete insight into the subtleties and appreciation of how technologies operate in practice.

Working with one of his graduate students in IT and with colleagues, Crichigno published a textbook on high-speed networks and designed companion virtual labs to run on the Academic Cloud. Also, he recently received grant funding to produce a series of training modules, which will help users get the most out of the cloud’s wide array of instructional content.

But the playground isn’t just for students. It’s also where faculty like Crichigno test and improve on emerging technologies like programmable switches. These purpose-built computers modulate bundles of data, or “packets,” as they zoom across high-speed networks, helping optimize performance and mitigate buffering. They also have the capability of detecting and preventing cyberattacks faster than other contemporary devices.

“You wouldn’t want to use it for general purposes, but what the programmable switch does is to process packets extremely well and fast according to the programmer’s instructions,” Crichigno says. “It can respond to the current state of the traffic going through the network in a matter of nanoseconds.”

It’s no wonder the technology has generated interest from both the military and the private sector.

But Crichigno’s efforts aren’t exclusively directed toward industry. Working in partnership with the university’s Division of IT, he is also the PI on an NSF-funded project to implement a high-speed network for the University of South Carolina campus. The goal is to serve researchers from colleges across the university whose research requires the transmission of large amounts of data. He estimates that the project is about 85 percent complete. 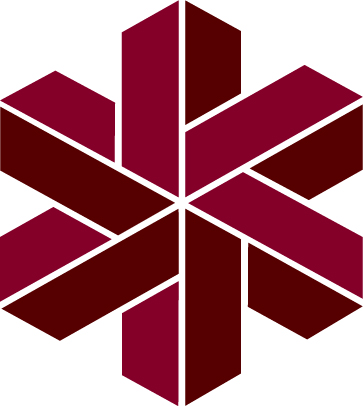