The Wolves contains adult language and themes that may not be suitable for children.

The University of SC Department of Theatre and Dance will present The Wolves, Sarah DeLappe’s Pulitzer-nominated drama about the personal struggles of a girls’ soccer team, February 21 – March 2, 2019 at Longstreet Theatre.

A 2017 finalist for the Pulitzer Prize, The Wolves charges fiercely onto the stage to reveal a brutally honest portrait of life on a high school girls’ soccer team.  You’re a fly-on-the-goal as you witness the nine talented teammates warm up throughout their season, maneuvering through increasingly challenging obstacles both on and off the field.  From the safety of their suburban stretch circle, the team navigates big questions and wages tiny battles with all the vim and vigor of a pack of adolescent warriors.

“…a delightful meditation on society, sex, and soccer... [DeLappe] offers us ninety minutes in a smart, sympathetic, female world.” – The Village Voice

“There is a rawness to the writing that captures the way teenage girls speak, resulting in truthful exchanges that are contemporary and accessible,” says director Lindsay Rae Taylor, a third-year MFA Directing student.  “These young women are deciding what to discard and what to latch onto in terms of their relationships, their aspirations, and their beliefs.  Over the course of the play we witness how the compounding effect of their individual struggles challenges the team as a whole.”

“It’s a play that will just wash over you,” she adds.  “Depending on where you’re sitting in the audience, you will have your own unique experience.”

That special experience will start as soon as the audience enters the in-the-round theatre, which is being styled by Professor Jim Hunter (scenic design) and Allison Newcombe (lighting design) to recreate the look and feel of an indoor soccer stadium.  The on-the-field realism will also extend to the cast, who will perform fast-paced soccer drills throughout the action of the play.

Thanks to the help of UofSC Women’s Soccer coach Shelley Smith, and team trainer (and former UofSC player) Anna Conklin, the cast’s rehearsal process will be equal parts soccer training and acting.

“These girls are serious soccer players who grew up playing this sport,” says Taylor, “and when we meet them in the first scene, they are undefeated.  The drills have to be precise and impressive, so we have to train the actors as athletes.”

Cast as the team, in roles that are identified only by the characters’ jersey numbers, are Rachael Bates, Kate Chalfant, Amber Coulter, Kelsie Hensley, Olivia Hensley, Kelsey McCloskey, Jordan Postal, Erica Shields, and Susan Swavely.  Associate Professor Erica Tobolski is portraying a mother of one of the players.  Costume design is by design graduate student Tyler Omundsen.  Instructor Danielle Wilson is designing the show’s soundscape.

“It will be exciting to watch,” says the director.  “If we meet our intention, audiences will feel like an active participant in the game, trying to keep up with the rapid-fire thoughts of these women as they move around the field.”

“Between the soccer, the text, and the theatre, we have a pretty intimidating project on our hands, but from what I know of this group so far, we’re up for it!”

For more information on The Wolves or the theatre program at the University of South Carolina, contact Kevin Bush by phone at 803.777.9353 or via email at bushk@mailbox.sc.edu.

Purchase Online
Or at the door

Purchase Online
Or at the door 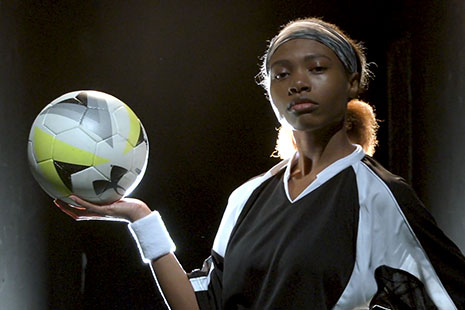